Brits in Slovakia: We won’t go

A month before the Brexit referendum, UK citizens expect few changes in their personal lives. 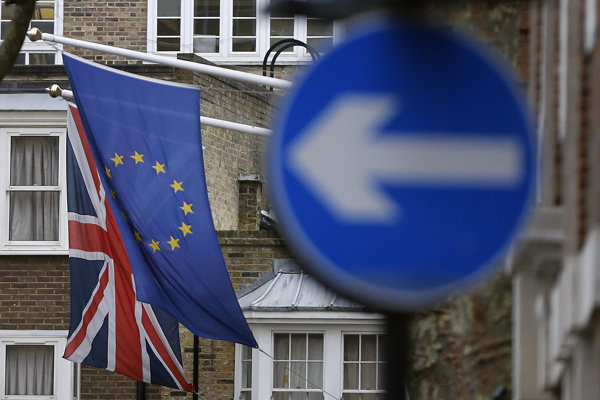 With the Brexit vote approaching there are some sleepless nights ahead for the EU, including Slovak leaders who will take on the council presidency just days after the referendum.

“Both sides would lose from Britain leaving, therefore, we all have to work harder to strengthen people’s enthusiasm for the European project,” Peter Javorčík, who heads Slovakia’s Permanent Representation to the EU in Brussels, told The Slovak Spectator.

UK voters will take to the polling booths on June 23, while Slovakia will take over in presiding over the EU Council from the Netherlands on July 1. Even if the UK voted to leave the EU, it would not mean much change in the practical life of Brits living in Slovakia or Slovaks living in Britain, at least initially, experts say.

For most Brits living around the EU, including Slovakia, the Brexit is not an appealing prospect. Andrew Gibson, a secondary-school English teacher living in Bratislava, says that many people like him left the UK to start lives on the continent.

“We didn’t do this with the idea that one day the UK would let us down and back out of the deal leaving us in the dark and without the guarantees we had when we made those decisions,” Gibson told The Slovak Spectator.

Having said that, however, Gibson believes there should be more democracy within the EU. He mentioned the Democracy in Europe Movement 2025 (DiEM25), which was launched in 2015 by former Greek finance minister Yanis Varoufakis which aims to reform the EU to a union of people ruled by democratic consent.

“The EU is vital to all European countries bringing us together and making us stronger,” Gibson said.

Another English teacher based in Slovakia, Jonathan Hill, believes the opposite.

“I think a lot of people in the UK have generally had enough of Brussels dictating the rules and regulations,” Hill told The Slovak Spectator. “It goes back to the old days when we were very much a seafaring nation unlike today.”

None of the Brits living in Slovakia that The Slovak Spectator spoke with consider leaving Slovakia and going back to the UK a viable option for them at the moment, and do not expect the hypothetical Brexit to force them take such a step – although it might bring complications.

Neither the British nor the Slovak laws are ready for the situation when a country leaves the EU. Some EU citizen rights are derived from EU citizenship, Vladimír Bartovic, director of the Europeum Institute for European Policy (Europeum) think-tank, said.

“The legal question arises whether it is possible to take some rights of individuals who have acquired them in good faith,” he told The Slovak Spectator.

The restriction of labour migration from the EU is among the most discussed topics. Radovan Geist, the founder and publisher of the Euractiv.sk website, pointed out that such a model might limit the access for EU citizens to some social services or jobs. The EU could respond with restrictive countermeasures.

“The EU would require at least one concession for every one [concession] given to the UK,” Geist said.

Hill expects the potential Brexit-induced changes will affect UK business rather than UK citizens in Europe.

“In the long run we would be much better out of the EU, however, the short term may have a negative effect both on Europe as a whole and the UK,” Hill said.

Though Britons with permanent residency in Slovakia need not worry anymore, their families do, Bartovic said.

The process will most likely take three to five years, thus there is a lot of time for personal planning if need be, said James Buchanan, a recent addition to the British community in Slovakia.

The position of Slovaks living in the UK will not change, according to analysts.

“I cannot imagine that the EU would suddenly ask for additional work permits from those who are already there,” Bartovic said.

The current special status of the UK in Europe gives Brits the best of both worlds, said Monika Holečková, press officer of the British Embassy in Slovakia.

“Brits are stronger, safer and better off in a reformed EU than out on their own,” she told The Slovak Spectator.

Would Brexit mean end of EU?