Town Hall to bolster security due to aggressive clients

The Town Office plans to install turnstiles at the entrance and to introduce mandatory identification of visitors to the building. 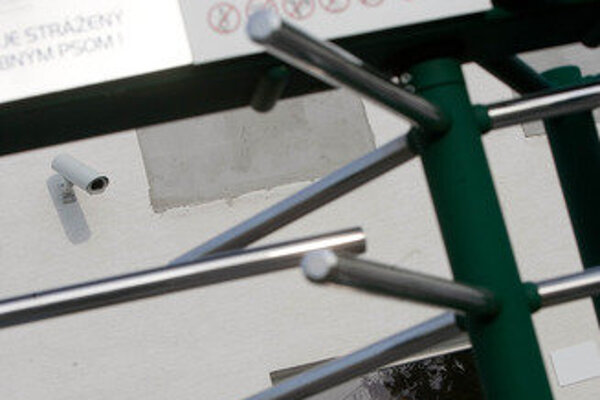 The aggression of some clients towards employees of the Liptovský Mikuláš Town Office has prompted the municipality to launch the gradual introduction of security measures, the TASR newswire learnt on May 12.

The issue was also discussed also by the local town council, which is determined to provide the clerks with a safe and secure working environment.

“The clerks deal with dozens of individuals daily, who threaten to throw them out the windows, for instance, or smash their heads with iron pipes, if the individuals are not given flats,” Čapčíková Viktória said, as quoted by TASR. “When the office employees turn down their requests, arguing that the town doesn’t have free flats at the moment, the individuals are walking through the entire building, office by office, and aggressively demanding that their requests are met.”

These people are growing increasingly more aggressive, their demands are snowballing - they even demand to be seen by the mayor and threaten his secretaries with violence, she added.

The Town Office plans to install turnstiles at the entrance and to introduce mandatory identification of visitors to the building, among other measures. However town council opposition caucus (KDH, NOVA, SDKÚ-DS) chair Vincent Kultán believes that the envisaged measures are inappropriate.

“I resent the fact that because of the minor security problems the town hall has with some socially unadjusted citizens, we’re going to turn the building of the town office into some kind of bunker - a bulletproof building with restricted access,” Kultán said, as quoted by TASR. “Furthermore, no costs for this reconstruction have been quantified to date.”

The security project has been triggered by social changes seen at home and abroad, according to the town mayor Ján Blcháč.

“The project will be realised in stages, due to its scope and costs, with the first phase to be launched already this year,” Blcháč said, as quoted by TASR. “We have allocated €1,000 in the town budget for this phase.”