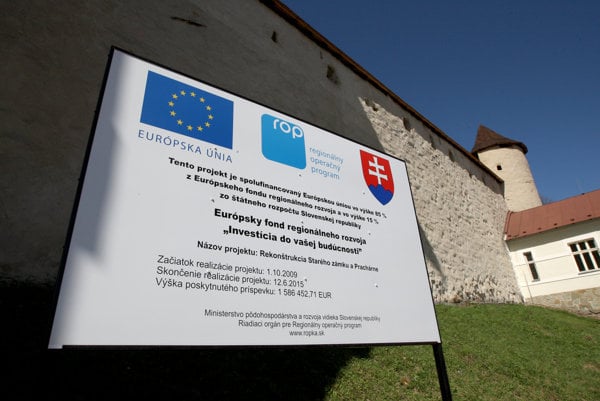 In line with market expectations the growth of Slovakia’s economy slowed down during the first quarter of 2016 when analysts see especially less intensive drawing of EU funds as the reason.

“The economic growth slowed down during the first quarter of the year especially as a consequence of completion of investments financed from the previous EU funds programming period,” Ľubomír Koršňák, analyst with the UniCredit Bank Czech Republic and Slovakia wrote in his memo. “The scope of the slowdown moderately exceeded our as well as average market expectations.”

In spite of this slowdown the economic growth remained comfortably above 3 percent, Andrej Arady, analyst with VÚB bank wrote in his memo.

Statistics data for the first quarter revealed earlier indicated a slowdown of the economic growth, Katarína Muchová, analyst at Slovenská Sporiteľňa (SLSP), wrote in her memo.

“So-far known data for 1Q 2016 were mixed when the situation on the labour market kept improving,” Muchová wrote. “On the other hand, the development of retail sales, industrial production or foreign trade was less favourable as was originally expected.”

Analysts expect that the economic growth kept be driven by domestic demand during the first quarter 2016 even though they expect that investments decreased visibly comparted to the dynamic development during 2015 due to the drop in drawing of EU funds.

Economies of the European Union mostly fared well during the first quarter. Based on the flash estimate the GDP of the eurozone increased 0.6 percent q/q and thus exceeded the market expectations of 0.4 percent.

“Thus concerns in terms of worsening of the situation in the eurozone have showed to be groundless at least during the first quarter of the year,” wrote Muchová.

Slovakia’s main trade partner, Germany, reported a good start of the year, according to Muchová when its GDP grew by as much as 0.7 percent q/q or 1.3 percent y/y.

For now banks keep their estimates of Slovakia’s economic growth unchanged for the whole year even though they point out downward risks. VÚB bank and UniCredit Bank keep their estimates at 3.2 percent. SLSP estimates the annual growth at 3.5 percent but it may ponder changing it after the structure of the GDP growth for the first quarter is revealed. This is expected to happen on June 7.

“Risks for the growth of the Slovak economy still arrive especially from external development,” wrote Koršňák, adding that currently these are especially the ‘domestic’ European risks like Brexit or a return of the never-ending story of Greece’s public debt.