Kotleba-People’s Party Our Slovakia (ĽSNS) MP Ondrej Binder died in a car crash between Banská Štiavnica and Banská Bela shortly before noon on May 13. 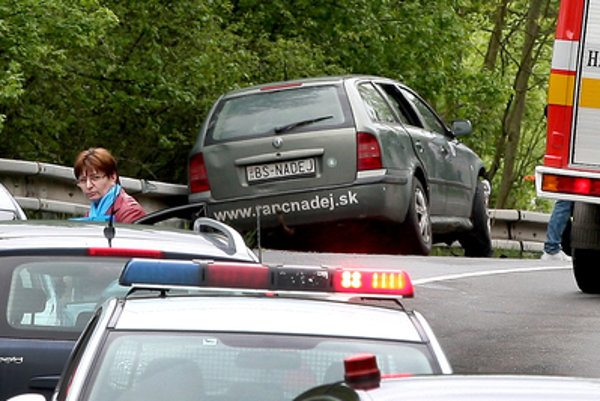 “The road accident occurred three kilometres from Banská Štiavnica, in the direction towards Banská Belá,” Banská Bystrica Regional Police spokesperson Andrea Petrovičová told the TASR newswire. At the time, police only confirmed that Binder, aged 46, died in the collision.

The reason behind the car crash was a heart attack, Banská Bystrica police confirmed for the Sme daily. Binder was a joiner by original profession and he came from the municipality of Svätý Anton. He started his political career as an MP for the Christian Democratic Movement (KDH) which he left before the 2013 regional election due to disputes around the party candidate for Banská Bystrica regional governor: KDH supported Vladimír Maňka of Smer but Binder wanted to run himself and did so – even against his later party boss, Marian Kotleba of ĽSNS. Finally, Binder joined ĽSNS and made it to parliament from number seven of their slate. His start in the position was in the shadow of several distrainment orders which should have reduced also his MP’s salary, Sme wrote.

Binder is due to be replaced in parliament by Ján Mora, aged 32, a public servant from Brezno, TASR learnt. Mora, regional party chairman in Banská Bystrica and number 15 on the ĽSNS slate, is next in line on the slate and might take his oath of office already at the next parliamentary session later this month.