The city declared the bridge will be opened for pedestrians and cyclist in mid-May, trams may begin later in July. 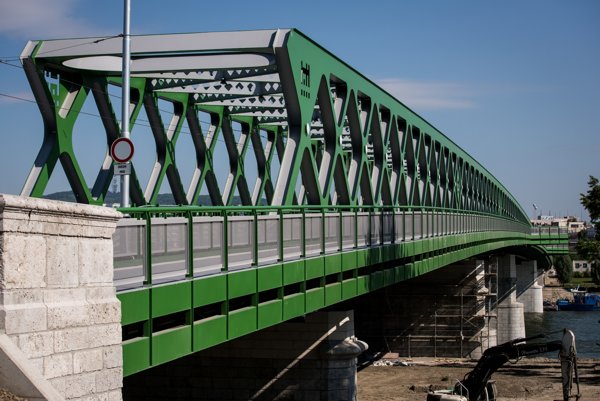 Five months after the end of reconstructing the Old Bridge over the Danube River, residents are still waiting to use it. City authorities have declared that inspections will be complete by May 15, and that the footpath for people will open four-five days later. 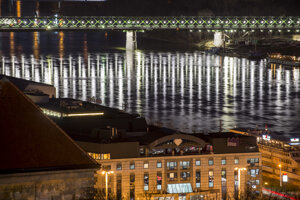 Currently we have all the verdicts of inspection except for the one by the Bratislava Self-Governing Region,” Bratislava’s spokesperson Ivana Skokanová said, as quoted by the Sme daily.

Even during the winter, Bratislava Mayor Ivo Nesrovnal claimed that pedestrians and cyclists would be able to use the bridge in late-February. But until now, no other authority has talked about possible dates.

While traffic experts understand that the reconstruction of the bridge, which cost more than €70 million, was very difficult, they consider the inspection process with more scepticism.

“It is a disgrace that the opening of the bridge has been disproportionately long,” traffic analyst Ján Bazovský told Sme.

“The municipality barely fulfills operational tasks and does not have the capacity for new projects, nor for applying the city’s strategic materials,” Kratochvílová said.

Fortunately, the Bratislava Region is going to deliver the final verdict on tram tracks at the end of May, spokeswoman Lucia Forman Habancová confirmed for the daily. Afterward, the client and boroughs of the city have a monthly limit for any appeal.

“The region will allow testing of the service if there are not any serious issues on the Old Bridge or in the Petržalka’s side,” Forman Habancová said.

This means that soonest the first tram carrying passengers could pass over the bridge is in July. Trams would temporarily ride from the Rača district or Bratislava’s main train station to Bosáková Street with plans to extend the line to Janíkov Dvor in the years 2018-2020.