Re-introduction of state IC trains on the Bratislava-Košice route to be assessed. 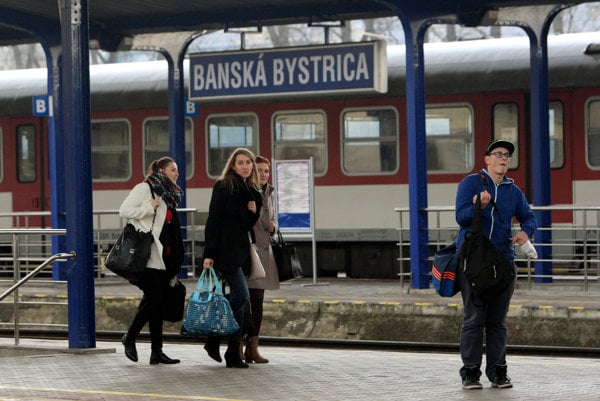 The Transport, Construction and Regional Development Ministry is currently evaluating costs of operating trains free of charge for students and pensioners, with the results of the audit expected to be finalised within six months.

“My prognosis is that it sits somewhere in the neighbourhood of €13-15 million [per year],” Transport Minister Roman Brecely (a Sieť nominee) told the TASR newswire in an interview.

Subsequently, the ministry will decide whether the state can afford such trains. They were launched in November 2014 by the second Robert Fico government within one of the so-called social packages.

“However, another thing is that these trains have proven their worth,” said Brecely, underlining the social and societal importance of the programme when the trains are used by both students and pensioners. “The question facing us now is whether the trains are worth maintaining for that amount of money. The way I see it, the answer is more ‘yes’ than ‘no’.”

As for the planned restoration of the InterCity (IC) category of trains, Brecely claimed that IC trains will make a comeback on the Bratislava-Košice line only if they prove that they are competitive. The ministry plans to ask people first whether or not they would like to travel on IC trains.

“They shouldn’t run every day. Maybe the timetable could be adjusted to suit times of demand,” said Brecely, adding that they could operate from Bratislava to Košice on Friday afternoons and in the other direction on Sundays. The IC trains would be of a higher standard, however, with fewer stops along the line and more expensive fares.

IC trains were scrapped in January 2016 by Brecely’s predecessor Ján Počiatek (Smer) because the trains were operating at a loss.