Lack of skilled labour a challenge also for automotive suppliers

Most of the automotive suppliers in Slovakia expect revenues to grow this year. 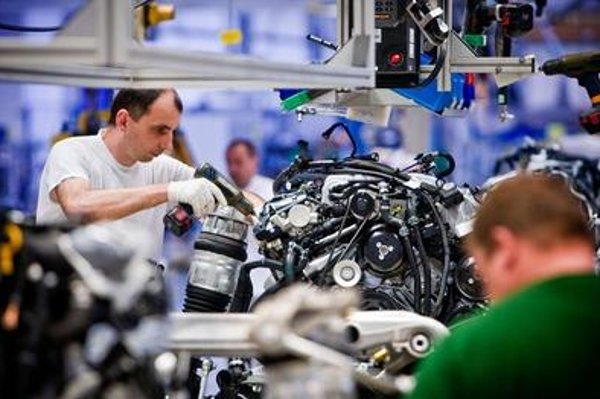 The continuous growth of the automotive industry in Slovakia is creating new challenges which are rapidly becoming major issues for many suppliers. As for last year, more than 80 percent of suppliers confirmed that the availability and quality of labour is a major problem for production and other divisions and almost 40 percent of suppliers stated that this is limiting their ability to win new production contracts, the Automotive Suppliers Survey for 2016 conducted by consultancy firm PwC in co-operation with the Automotive Industry Association of the SR (ZAP) and Slovak Automotive Institute (SAI) reads.

“Even if suppliers succeed in finding new hires, the turnover rate within the trial period and in the first year is significant and has a big impact on companies’ costs,” Peter Mrnka, director, automotive industry specialist at PwC in Slovakia wrote.

The survey introduced on May 16 indicate numerous reasons for the high turnover of new employees but some, e.g. distance to work and no interest in a long-term job, may require special attention at the national level in the form of increased support for workforce flexibility/reallocation or incentives for long-term employment.

Industrial companies including automotive suppliers expect improvements from dual education, which will increase the number of graduates with theoretical knowledge and the relevant practical technical experience.

“However, concerns still persist about to what extent this system will be able to solve the lack of qualified staff,” reads the survey. “Even the optimists expect that improvements to the numbers of potential hires with practical experience will not be seen for at least three years.”

The key observations of this year’s survey are that suppliers located in Slovakia are achieving excellent results as regards to productivity, quality and timeliness of deliveries and rank among the best in their groups. Further, the labour market for suppliers is very tight – every fifth company needs more than 50 new employees per year – and therefore one third are redirecting their focus to foreign applicants.

In spite of these challenges, suppliers remain positive, and predict revenue growth in 2016 and increased staffing levels.

“Finally, the suppliers’ thoughts on the arrival of a new car manufacturer are about new opportunities for expansion, but also on labour force availability,” reads the survey recalling the plan of British Jaguar Land Rover to build a brand new plant near Nitra.