The Slovak dairy sector is in dire need of state aid due to a drastic drop in purchase prices; but instead of subsidies, the ministry has opted rather for indirect help. 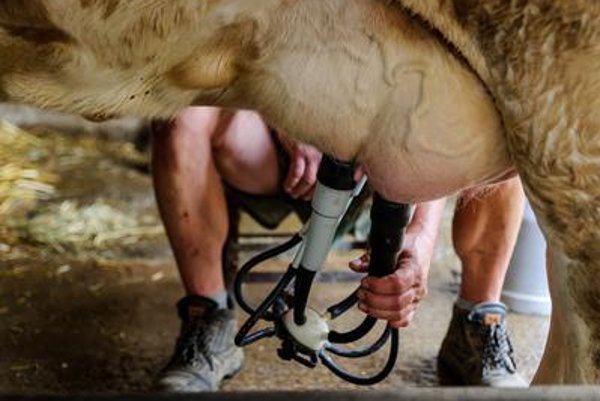 The dairy producers claim the situation is unwarrantable, and it is necessary that the state allocates at least €43 million to support Slovak producers, Slovak Agriculture and Food Chamber (SPPK) chairman Milan Semančík told the TASR newswire on May 13. Falling purchase prices have recently led to a drop in the number of dairy farms. “While there were 525 dairy producers in March 2015, there were only 468 at the end of March 2016," Semančík said.

Around 10,000 people are employed in the dairy sector. “If appropriate measures aren’t adopted rapidly, around one third of dairy farmers are planning to shut down milk production soon,” said Semančík. “This will further lead to a growth of unemployment in the countryside, its depopulation, reduction in the ability to maintain and ameliorate the conditions in rural areas, and reduction in soil fertility.”

This rapid drop in milk prices is a consequence of the European Commission ending the milk quota system at the end of March 2015. Farmers are now threatened with further lay-offs. Dairy farmers deem the situation critical and ask the state for compensation of losses caused by the extreme reduction of prices. They ask for immediate help in the form of €43 million, i.e. five euro-cents for each litre of Slovak milk. Otherwise, some dairy farmers will go bankrupt or end production. Up to 3,000 people could lose jobs, the Pravda daily wrote on May 14.

The Agriculture Ministry, however, is not in favour of providing blanket financial aid for milk producers; but rather only for those who'll be able to produce dairy products with higher added value and invest in new technologies, ministry spokesman Michal Feik told TASR. According to him, the critical situation on the market is due to the scrapping of milk quotas by the European Commission last year, which has led to overproduction of milk. Many Slovak producers have thereby found themselves unable to compete with strong entities from Ireland, Belgium, the Netherlands and Luxembourg, for example. The EU’s overall milk output in the first quarter of 2016 increased by 7.4 percent, with the price falling by 12 percent year-on-year.

The Agriculture Ministry is launching a campaign to support the consumption of milk and dairy products, Feik announced on May 16. The first part of the campaign will take place interactively for four weeks on Fun Radio, and is set to cost €120,000. The funds will be provided from the ministry’s Quality Mark SK department, with dairy producers having the largest share from all producers labelled with the Made in Slovakia quality mark. The target groups include mainly mothers and young families with children.

Feik, however, did not specify for the Sme daily the criteria based on which they had decided to pick only Fun Radio owned by Boris Kollar of the We Are Family party. According to the ministry, they received a 57-percent discount on the whole contract.