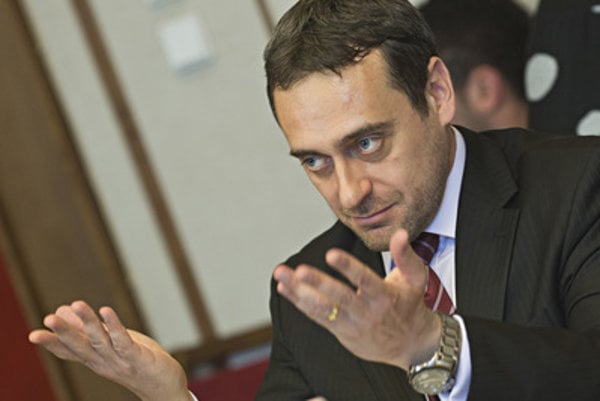 This case concerns tax arrears of over €2 million caused by skulduggery that has not yet been investigated, Rajtár said at a press conference on May 16. The tax arrears are linked to constructor of the Bonaparte complex Ladislav Bašternák, then authorised representative of a company called Real Forum Invest. “The tax arrears of this firm amount to over €2 million which is information verified on the Financial Directorate’s website,” Rajtár said, as quoted by the TASR newswire. “Ladislav Bašternák was an authorised representative of this company between March 2009 and March 2013. Prime Minister Robert Fico has been renting an apartment from this person.”

As Real Forum Invest was mainly showing losses, its arrears “probably didn’t arise from profit, but as arrears due to excessive VAT deductions,” Rajtár said. “I’ll probably file a criminal complaint as early as on Tuesday (May 17) so that the police can investigate this firm of Ladislav Bašternák as well. We’re talking about a suspected tax fraud that might have been committed by an organised group. Interior Minister Robert Kaliňák officially suggested to me in the parliament that I should file a criminal complaint, so I’m doing that,” Rajtár suggested.

The case of Real Forum Invest has certain features in common with that involving a company called Real Studio K.F.A. Bratislava, known from a scandal involving Bratislava’s Five Star Residence complex that concerned suspicions of illegal VAT deductions. “These [companies] have been registered in the names of citizens of the Thai kingdom. Who will the tax office claim the overdue sums from?” Rajtár asked.

Fellow opposition MP Daniel Lipšic (OĽaNO-NOVA) believes that if parliament could set up so-called inquiry committees, it would prevent scandals like this from being swept under the carpet. He said that there are only two countries in the EU, namely Malta and Slovakia, in which such committees do not exist. The opposition has submitted a draft amendment to the Slovak Constitution that would allow for setting up inquiry committees as early as during the May session of the parliament. “Robert Fico also proposed inquiry committees in the past,” Lipšic added, as quoted by TASR.