The Slovak National Party (SNS) is silent about its nomination for new intelligence service head. 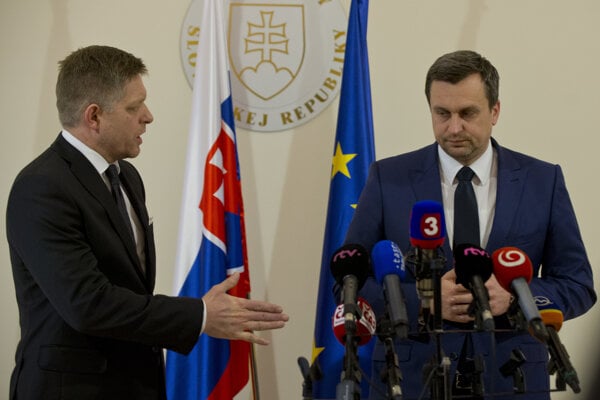 SNS will nominate Anton Šafárik, current manager at the technical and investment department of the Archbishop’s Office in Bratislava, to the post of new had of the Slovak Information Service (SIS) intelligence agency, based on an agreement with PM Robert Fico, the Sme daily reported.

The party obtained the post after they had withdrawn from their original request to replace Interior Minister Robert Kaliňák of Smer with their own nominee, according to the daily.

It is not clear why the party picked Šafárik, and the party even has not confirmed his nomination yet. The SIS is currently led by Ján Valko, a nominee of Smer.

SNS spokesperson Zuzana Kohútková said that it is in the power of the prime minister to nominate a new SIS head, thus her party cannot comment on it. The coalition deputies addressed by Sme however said that it has already been decided. They refused to reveal their names.

Except for working at the Archbishop’s Office in Bratislava, Šafárik is a member of the economic council of the Bratislava Archdiocese. In years 2011-2014 he was the president of the Order of Malta Volunteers in Slovakia.

Sme meanwhile tried to call Šafárik. He, however, refused to confirm the information about his nomination.