Also the parliamentary human rights committee will discuss whether the way the first-grader was taken from his classroom complied with the law. 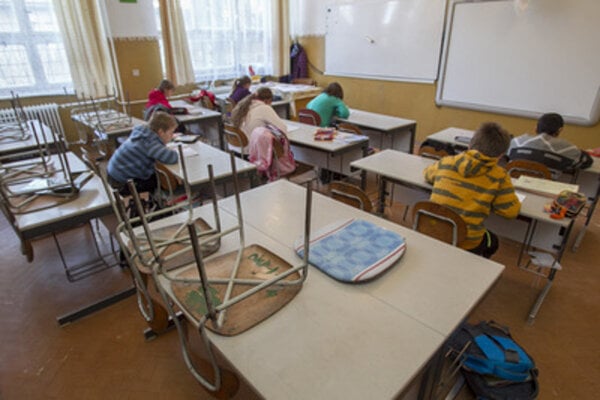 The boy was taken from a primary school in the village of Brehy (Banská Bystrica Region) on May 13 by a court employee, despite the protests of the boy, his teacher and the school’s headmistress.

The court employee, who also recorded the action, entered the classroom together with a social custody representative and the mother of the boy, without identifying themselves, the Denník N daily reported.

The video captures the three of them taking the boy who was crying and trying to bite them. The boy repeated several times he does not want to go with his mother. He has been for several years in the care of his grandmother, Marta Kolárová, Sme wrote.

The video was published by civic activist and blogger Monika Kozelová who was addressed by the school, asking her for help.

The mother had a court permission to take the boy, though his grandmother says she does not lead a proper life and that she has not been interested in taking care of her child for seven years. The boy does not have any relation to her and has repeated several times before the court that he wants to stay with his grandmother, Kolárová claims.

Though the district court in Žiar nad Hronom decided that Kolárová will temporarily take care of her grandson, the regional court in Banská Bystrica dismissed the ruling, saying that the mother has more rights to take care of him than his grandmother. The mother subsequently asked the court for taking the boy from his grandmother. This then happened directly in the classroom, Denník N reported.

Kozelová claims in her blog that under the current rules, if a child is taken from a school, it has to be done as sensitively as possible. Moreover, the court has to ask the headmaster for cooperation at least 24 hours before the planned action. This, however, did not happen in this case, Kozelová added.

“It was absolutely non-standard, the legal rules have not been observed,” Kolárová’s lawyer Veronika Škodová told Sme.

Also social consultant Ida Želinská confirmed to Denník N that the way in which the child was taken from school by court employees is not standard and that there were several ways how the court employee could have taken him.

Spokesperson for the General Prosecutor’s Office Andrea Predajňová meanwhile confirmed that they will be look into how the court employee took the boy from the classroom full of children.

“First Deputy of the General Prosecutor René Vanek ordered the regional prosecutor in Banská Bystrica to immediately check the matter in penal and non-penal department and adopt measures if necessary,” Predajňová said, as quoted by Denník N.