MPs will not be banned from holding the posts of regional governor, mayor and deputies of these positions while serving in parliament. 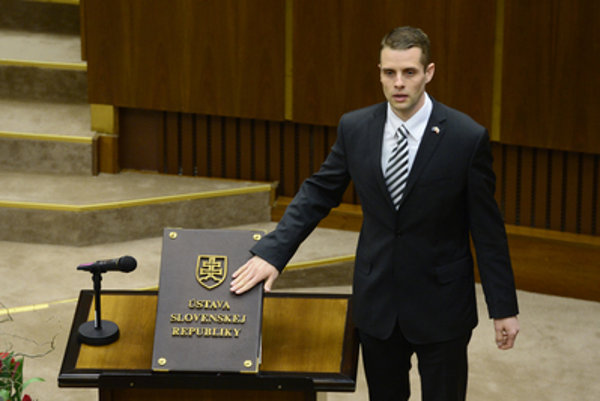 An MP’s mandate should also be incompatible with serving in a statutory authority or as a member of a statutory body of a corporate entity established by law.

The House turned down a bill to that effect proposed by MPs Martin Klus and Milan Laurenčík (both Freedom and Solidarity-SaS) on May 18. The bill received only 52 votes in the 150-member chamber. “The draft amendment aims to prevent the accumulation of executive posts in local government as well as statutory functions in public institutions with an MP’s mandate," explained Klus and Laurenčík. According to them, MPs occupying two posts at the same time can get into conflicts of interest, for example, when voting on the state budget, taxes or when voting on measures favouring particular local governments. Approval of the SaS’ draft would eliminate this problem.

Currently, those MPs who also serve as regional governors and mayors receive only the MP’s salary in full, while the other post is remunerated only to the amount of the minimum salary.

It is not a good idea to ban MPs from holding any other elected posts because this would mean discrimination against one group of people in relation to others, said coalition MP Peter Kresák (Most-Híd) during the parliamentary debate on an amendment to the Slovak Constitution on the same day. Kresák said, as quoted by the TASR newswire, that everyone should have equal access to elected functions. This right must not be withdrawn from any particular group of people. “I don’t understand this selection, and I don’t find it good,” he said.

Opposition legislator Milan Krajniak (We are Family-Boris Kollár) is another who views the draft sponsored by the liberal SaS as wrong. He also mentioned the club of mayors that forms part of the Czech Parliament.

At the moment, MPs who concurrently occupy the posts of mayors or governors can only draw one (MP’s) salary to the full amount. They cannot receive more than the minimum wage for their additional posts. This change was adopted by the parliament during the previous electoral term. The principle that “one mandate is enough” sponsored by the Christian Democratic Movement (KDH), failed to make it through.