Slovak teachers and lecturers more and more use vocabulary that seems to be taken from a neo-Nazi march. 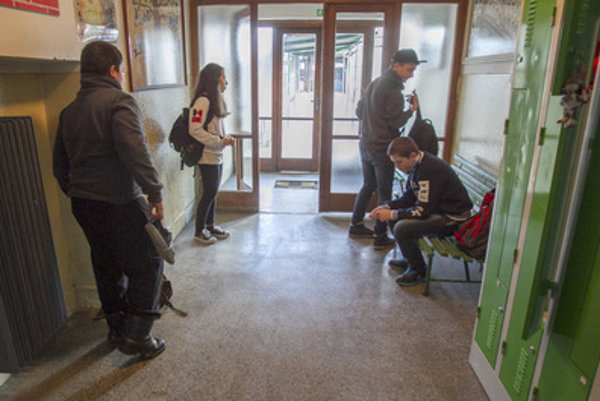 The State Inspectorate approached students of 160 elementary and secondary schools nationwide, with the goal of scrutinising the state of civic education concerning human rights. They found that around one-fifth of them experienced inadequate, or even extremist behaviour of teachers by their teachers.

“Teachers with such opinions should not work in education system,” head of the New School Unions Ľudovít Sebelédi told the Sme daily. “If someone violates laws, they should not be teachers.”

The situation is addressed also by the State Pedagogical Institute. In cooperation with the Education Ministry, they are preparing the Summer Academy on Human Rights and on Democratic Citieznship where they aim at further education of teachers.

There were several cases of teachers or lecturers openly promoting racist and anti-Semitic ideas, as well as homophobia and anti-democratic opinions. One of these was the secondary-school teacher at the Vocational School of St. Joseph the Labourer in Žilina. Tomáš Ondrovič openly wrote on his internet profile that “the World War II was caused by Anglo-Saxon and Jewish financiers”, called Jews names, and claimed that the Nuremberg trials were “a farce in history” while questioning the Holocaust. His ideas were stated also on the same page where he posted texts for students to study.

Ondrovič’s case drew the attention of both police and State School Inspectorate, but immediately the profile and the website disappeared and the teacher denied ever having said or written these things.

Štefan Surmánek of the Political Science Institute of the Prešov University spread his extremist views, besides via internet, through his publications at the university. The lecturer who ran for the extremist ĽSNS party in recent election repeatedly cited “intolerable and alarming rise in Gypsy population” and “low quality of Gypsy teenagers”. His contract is up in August and the university will not prolong it.

Countryside is worse off

The enquiry of the inspectorate showed that it is more than just individual cases when teachers spread hatred and extremist views. They asked about 3,000 children of 81 elementary and 80 secondary schools. Almost 22 percent of pupils of elementary schools have an experience with inappropriate behaviour by at least one teachers.

“More than one-fifth of the respondents said that some teachers tend to mock their performance during lessons, make shameful remarks about some students, and ridicule ethnic minorities,” according to the inspectorate.

At secondary schools, around 17 percent of students met with such behaviour.

According to about 14 percent of elementary school pupils, teachers present themselves similarly also on Facebook. Pupils of schools in the countryside experienced this markedly more often, especially in the Košice region (12 percent and Trnava region (19 percent).

When talking about Roma children, teachers and headmasters rarely use the expression “our children”. The division into “us” and “them” is the prevalent perception of Roma/non-Roma world at schools, according to sociologist Elena Gallová Kriglerová. Roma children are often identified as those “others”,  and are often defined as the opposite to “normal” children.

“To a great extent, this is subliminal; the border between open racism and mockery is very thin – and this is what happened in Slovakia, it got to the breaking point,” Gallová Kriglerová says, adding that teachers should be more sensitive and mindful also towards these more delicate shades of racism.

“Students assume not just knowledge from the teachers but many of them also  take on the manifestations of their behaviour,” Erich Mistrík of the Pedagogical faculty of Comenius University added. “Each and every teacher should bear that in mind.” A teacher who behaves in totalitarian way can talk about democracy for ages, but no-one will believe them.”

Children’s psychologist Mária Tóthová Šimčáková notes that it is important for parents to encourage their children to compare data so that they learn at an early age to work with information. She stresses that children often let themselves be totally manipulated and can adapt easily.

The results of simulated students’ election also showed that students picked undemocratic parties. Part of secondary-school teachers ascribed this result also to the work of their colleagues who are close to these parties.

A 2012 survey for the Open Society Foundation asked which public officials should leave office if it turns out they are supporters of the extreme right.

According to respondents, a judge should definitely give up their job in such cases (70 percent) and police officer (67 percent). The teachers ended up just seventh (on 59 percent).