Harabin calls for removal of the interior minister

Ex-Supreme Court president complains about not receiving police protection following the incident before the start of a disciplinary proceeding held earlier in May. 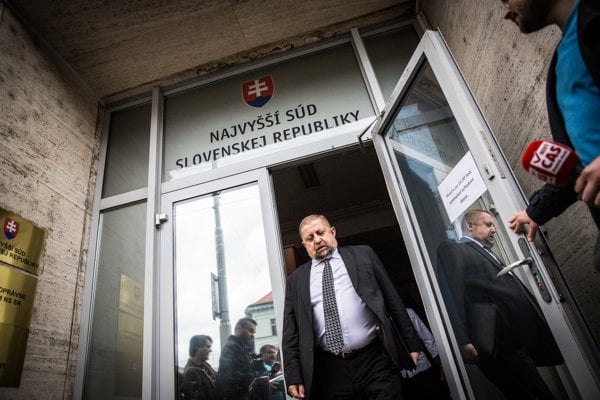 He reacted to the fact that the Interior Ministry refused to provide him police protection after the glass part of a ceiling light fell on the seats that were supposed to be occupied by him and his lawyer in a courtroom.

“[Kaliňák] is ‘prima facie’ publicly using fascist methods against judiciary and its individual representatives,” Harabin stated in a press release, as quoted by the TASR newswire.

Harabin believes that the incident was not an accident and that somebody tried to kill him. The primary suspects, in Harabin’s view, are Kaliňák, Supreme Court spokesman Boris Urbančík, Supreme Court President Daniela Švecová, Judicial Council chair Jana Bajánková and two other unnamed staff members of the Supreme Court, as reported by TASR.

Harabin’s panel released certain police officers, who were being prosecuted in custody for corruption, last year. He justified the decisions by stating that the Interior Ministry’s internal affairs inspectorate, which investigated the officers, was not entitled to act in the process.

“Dear Mr Prime Minister, I assure you that if anything happens to me or my family, Mr Kaliňák will be behind this with probability equalling certainty,” Harabin said, as quoted by TASR. 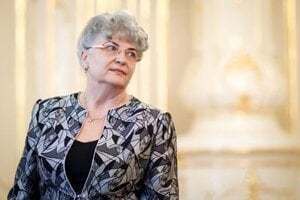 Kaliňák responded to the claims with saying that he would not like to “waste time” commenting on Harabin’s moves. The Supreme Court and Judicial Council are working towards judiciary to regain trustworthiness, he added for TASR.

The Interior Ministry’s press department, in reaction to Harabin’s accusation that Kaliňák was suspect of attempting to kill him, quipped that it could ’neither confirm nor deny that the interior minister was going around with a screwdriver at the Supreme Court” at the time in question, TASR wrote.