Eight people were charged in a case of brutal gang murders

After many years, eight men were charged with the murder of infamous strongman of Dunajská Streda underworld, Ľudovít Sátor, who went missing years after the mass shooting in a local Fontána bar in 1999 that left ten members of the Pápay gang dead. 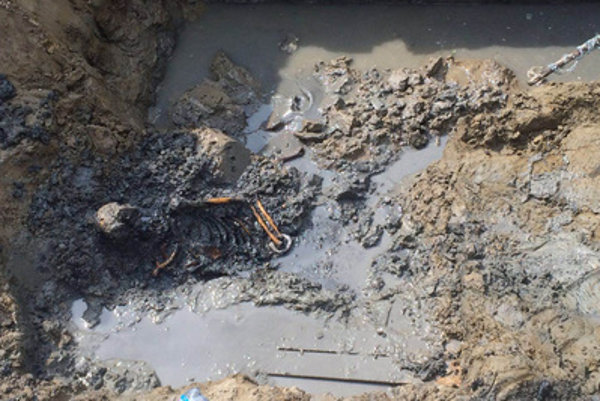 “Kristián K. and František Z. were charged with the premeditated murder of Ľudovít S., who was allegedly shot down on December 2, 2010 in the complex of the former agricultural cooperative in Dunajská Streda,” Wäldl said. Moreover, Kristián K. was also charged with the premeditated murder of Andreja R., who was allegedly shot to death in November 2006, also in the complex of the former coop in Dunajská Streda. Kristián K., together with other people – including the late Sátor, according to police – were allegedly to cut the body in pieces after killing him, grind it in a mincer and then dump it in the Small Danube riverbed.

"Zsolt N. and Juraj B. were charged with premeditated murder in 2006 of a male individual whose identity has not been confirmed yet,” Wäldld added. “They allegedly strangled the man and put him in a previously dug pit in the former coop in Dunajská Streda.”

Zsolt N. was also charged with premeditated murder of another so far unidentified male, while other gangmen, including Sátor, allegedly took part in it in the summer of 2007. Skeletons of both men were found in unmarked graves in the coop premises, Wäldl summed up.

Kristián K., Zsolt N., Juraj B., Pavel V., Silvester K., Roland Sz. and Andor M. were also charged with the murders of Vojtecha É. and Branislav K. “In 2003 in the Vrakuňa borough of Bratislava, the accused Andrejom R. and Alfrédom N., together with Ľudovít Sátor, allegedly blocked a car containing Vojtech É. And Branislav K. and shot at it, while killing the latter and leaving his body at the site of crime. On of the attackers, Alfréd N., was also killed in the shoot-out. After the shooting, the remaining  gangsters tied the wounded Vojtecha É. and brought him, together with the body of Alfréd N., to a forest between the villages of Tomášikovo and Trstice. After strangling Vojtech É., they put both bodies in a common grave.

If convicted, four of the accused face 15 to 25 years in prison, or life sentences, The other four men, charged with the especially grave crime of premeditated murder, face 25 year to life imprisonment, if convicted.