To push the jobless rate below 7-8 percent will be difficult, said PM Fico. 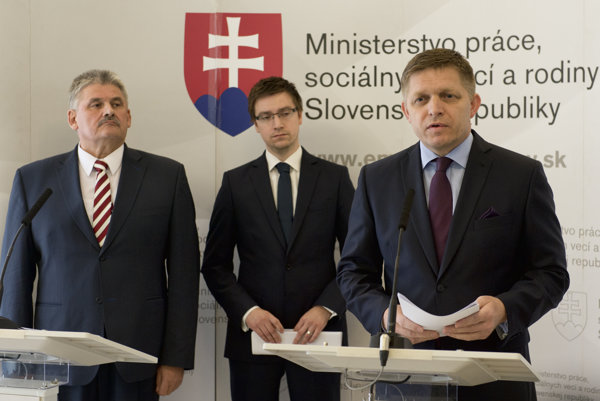 The registered unemployment rate in Slovakia continued to decrease in April when it decreased 0.25 percentage points month-on-month or 2.04 points year-on-year to 9.64 percent, the Central Office of Labour, Social Affairs and Family (ÚPSVaR) announced on May 20.

Prime Minister Robert Fico praised the decrease but warned that Slovakia is approaching a jobless level under which it would be difficult to push it lower.

“The level of 9.64 percent is a great success,” said Prime Minister Robert Fico as cited by the SITA newswire, adding that Slovakia is slowly getting to a magic level that will be hard to overcome, a level he put at about 7-8 percent. “We have here Roma co-inhabitants, who affect the jobless rate and we have a group of people who intentionally do not want to be employed because they fear distraint proceedings.”

PM Fico forecasts that the government would arrive with further proposals to halt abuse of the social system as a certain group of citizens keeps doing so. He recalled that the previous government obliged receivers of social benefits to work eight hours per week for municipalities and praised the cooperation of the state and municipalities in this matter.

Labour Minister Ján Richter pointed out that the long-term unemployed is the priority of the ministry, adding that their number has shrank by 36,000 over the last year.