Husband of the first secretary of the Ukrainian Embassy to Slovakia attempted to smuggle a large amount of cigarettes. 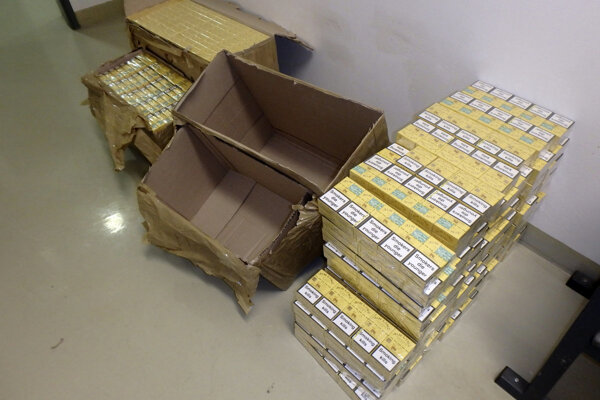 The husband of Oksana Lischyshyn, the first secretary of the Ukrainian Embassy to Slovakia, tried to smuggle contraband of almost 60,000 packages of cigarettes as diplomatic mail from Ukraine to Hungary, the Ukrainian daily Evropeiska Pravda informed on its website on May 23 citing information published on the official website of the head of Zakarpattia Regional State Administration Hennadiy Moskal. Agencies UNIAN and Ukrinform reported about the case too, while the Ukrainian Foreign Affairs Ministry confirmed the information for the latter, the TASR newswire reported.

On May 21, 2016, Lischyshyn tried to export more than 5,500 cartons of cigarettes in a Volkswagen Transporter van. Moskal specified that the accompanying letter declaring the cargo as diplomatic, mail which is not subject to control, was signed by the husband of the driver. When customs officers suspecting that the van was carrying contraband began to insist on an inspection, Lischyshyn expressed his outrage and started threatening to call the consul, Interfax Ukraine newswire wrote.

On Monday, May 23, Moskal said that the detained Volkswagen Transporter minibus with cargo of smuggled cigarettes belongs to the Embassy of Ukraine in Slovakia, and its driver is “a resident of Kyiv, Serhiy Lischyshyn, who is the husband of the first secretary of the Ukrainian Embassy in Slovakia”, according to the Ukrainian newswire.

The Ukrainian Foreign Ministry confirmed in Kiev on May 23 that a member of a family of an Ukrainian diplomat who was transporting cigarette contraband was detained.

The ministry is now attempting to find out what role the Ukrainian Ambassador to Slovakia Oleh Havasi has played in the case. Havasi claims that he did not know anything, TASR wrote.