Health Committee deals with CT Scanner and its own vice-chair

The Parliamentary Health Committee dealt with the overpriced purchase of a CT scanner for Piešťany Hospital, a scandal with which the committee’s vice-chair, opposition MP Alan Suchánek (OĽaNO-NOVA) was involved. 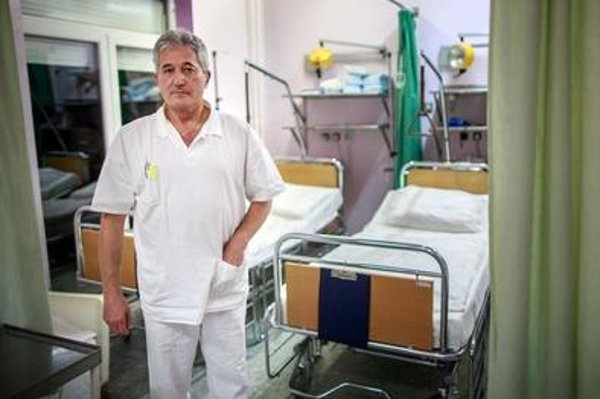 At its extraordinary session on May 25, the committee looked deeper into the case in which Suchánek acted as a whistleblower, but was later accused of being involved in the scandal by Prime Minister Robert Fico.

Štefan Zelník (Slovak National Party, SNS) told the TASR newswire that it is better if things are made clear directly, rather than in lobbies. The Health Ministry has also reacted, as it was counting on Suchánek becoming a member of a commission for the central acquisition of CT scanners for state-run hospitals. “With regards to current information brought by the Plus 7 Dní weekly, it’s suitable to provide scope for verification and examination of any doubts regarding this case,” ministry spokesperson Stanislava Pondelová told TASR. “In order to observe the maximum level of objectivity and impartiality, the Health Ministry will not nominate MP Suchánek for this commission for now.”

In fact, the opposition MP was known as a whistleblower vis-a-vis the scandal that erupted in 2014 concerning the overpriced acquisition of a CT scanner in the same year. The case led to the resignations of health minister Zuzana Zvolenská (a Smer nominee), speaker of parliament Pavol Paška (Smer) and parliamentary vice-chair Renata Zmajkovičová (Smer). According to Plus 7 Dni, however, Suchánek allegedly promoted the most expensive and unsuitable equipment in an original tender for the equipment held in 2012. Fico then called on Suchánek to resign. At the same time, he called on the Fair-Play Alliance to take away the White Crow award that Suchánek received for blowing the whistle on the scandal. White Crow award organisers the Fair-Play Alliance and Via Iuris have announced that they would examine the case concerning the tender at Piešťany Hospital in 2012. The General Prosecutor’s Office has launched an investigation into the matter as well.

Suchánek reacted by calling on Fico to provide evidence for his claims, the Sme daily wrote.

The committee session, however, was interrupted and ended without any clear conclusion, Zelník informed TASR. Before the interruption, committee member and former health minister Richard Raši (Smer) noted that in the first place, criteria for the purchase of a CT scanner tender in 2012 were set in a strange way and that the health ministry did not approve the overpriced purchase but only acknowledged it, as the hospital itself has all the powers to decide alone. Suchánek refused PM Fico’s claims and at a press briefing preceding the committee session showed documents proving, according to him, that the offer of the winning company Siemens was not technically worse than competing bids and it was not unfitting for the hospital. He also stressed, as cited by the SITA newswire, that the criteria were set by the head of the Roentgenology Ward of the hospital.