Amnesty International in its recent annual report claims that half of EU members ignore the ban on sale of weapons to the Egyptian regime. 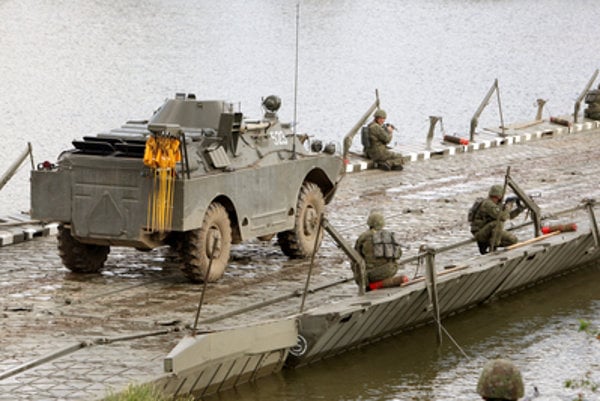 Weapons have been shipped from Slovakia to Egypt as is confirmed by the annual report on trade with commodities of the arms industry for 2015, the Sme daily wrote.

When turbulence in Egypt shook the country and killed more than 900 people in a single day (according to Human Rights Watch), The European Union pledged not to deliver arms to the Egyptian regime to be used for domestic repression. However, reality is different: the country still has been receiving arms from the EU countries  including Slovakia, in order   to persecute opposition. However, a total of 13 of the 28 member states supply arms to Egypt, including Germany, the UK and other Visegrad Four countries (Poland, Hungary, the Czech Republic), Sme quoted the AI report on May 25.

Slovakia awarded licences to Egypt valued at €11.3 million, yet supplies for almost €250,000 have been delivered, according to Sme. These included mostly gunsights, devices for controlling firing and off-road military vehicles. Other big Slovak clients include Saudi Arabia or Algeria.

Magdalena Mughrabi, head of the Northern-African programme of AI, claims that the arms go to Egyptian forces which continue to torture, abduct and wilfully detain citizens en masse.  Even after the military coup which brought to power army general Abdel Fattah el-Sisi, the repression continue, according to non-governmental organisations.

The EU and its members must stop the rewarding of bad behaviour by Egyptian police and army with a gold mine of arms supplied, Brian Wood, head of Arms Control and Human Rights at Amnesty International, said as quoted by the daily.