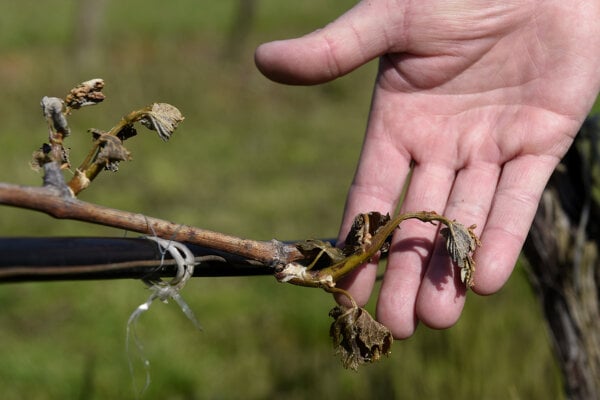 CLIMATE change has improved the conditions for growing some wine varieties in Slovakia, but has also brought weather extremes like springtime frost.

“We can say a bit selfishly that climate change has rather a positive impact on quality of Slovak wines,” said Igor Mancel, vice-president of the Slovakia’s Association of Wine Growers and Wine Producers (ZVVS), adding that those areas where vines are already grown, especially in southern Slovakia, start having conditions also for new varieties.

Mancel cited the region of Strekov and the whole southern-Slovak region as an example while these are beginning to be exceptionally suitable for growing grapes and production of red wines with characteristics of wines traditionally made in southern Europe.

On the other hand, climate change has brought extremes in weather, including this spring’s frost that may cost Slovak wine producers 20 percent of their annual production. Vineyards in the region are also endangered by hail as well as extreme hot and dry weather.

“The problems caused by climate change are very similar in the whole region, which means in Hungary, Austria, the Czech Republic and Germany as well as in Slovakia,” Mancel said. “We do not see this only in the wine produced, but the climatic border that used to be valid for individual plants has been moving higher.”

Winegrowers and wine makers in Germany are experiencing similar developments.