Former MP Alojz Hlina (originally Ordinary People and Independent Personalities-OĽaNO, then independent) has officially announced his candidacy for the post of chairman of the extra-parliamentary Christian-Democratic Movement-KDH. 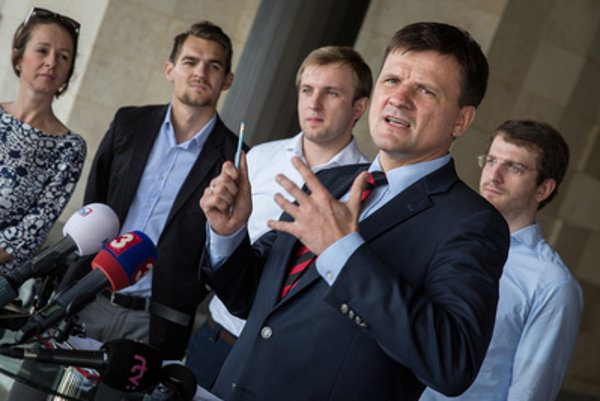 A modern conservative party of a people’s type can be built on the Christian foundations of the KDH, Hlina, who joined the party only recently, said on May 26. He is positive that there will be demand for a party like this in Slovakia.

“We woke up on a strange morning after the March general election in which we had scrapped the existing political map,” Hlina said, as quoted by the TASR newswire. “In fact, we have no standard political parties [in parliament], not even conservative ones. I believe that after some time, when people are tired of the non-standard form, some will want to elect conservatives, and we’ll be there at that time.”

The need for KDH to present a responsible package, stressing that they are conservatives and not a mixed-goods outlet, is a key element of the political struggle, the former MP told a press conference in front of the parliamentary building. “We are conservatives, full-fledged, full-blood, from morning until evening. When we send out this signal, KDH will return to the political map and the House.” According to Hlina, a modern conservative party promotes what is normal and improves what functions. “Then we’ll choose the issues to which we’ll pay full attention. There are enough political parties in parliament that [pledge to] provide global peace. We aren’t among them. We want to bring results to people vis-a-vis three or four issues,” said Hlina, adding that these will include, for example, usury, non-banking companies, agriculture, basic subsistence and social issues, as well as the Roma issue. 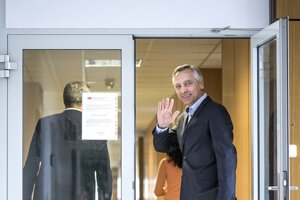 He claims to sense a kind of tension between old and young party members: “I want to send out a symbolic signal that we won’t support this tension but will dampen it down. So, there are people standing behind me who have been in KDH since the very beginning as well as young and clever people,” he said. Hlina attended 25 district KDH congresses, which is at the limit of physical capacity. “I can tell that my candidacy is justified, the feedback is good,” he said, as quoted by the Sme daily. “I also have the formal support of districts from Orava, part of Bratislava, and also from eastern Slovakia” Hlina noted, admitting however he does not have the support of the regional KDH chairs.

There are other candidates, too

Eleonora Porubcová and Miroslav Král have also shown interest in running for the KDH leader post. The Christian Democrats will elect their new leader at a congress set to take place on June 11. Porubcová is a councillor of the Trenčín Region, Prievidza town councillor and headmistress of the Secondary School of Vavrinec Benedikt Nedožerský in Prievidza. She is a long-time active member of the party, Sme wrote. Kráľ, from Zlaté Moravce, was proposed by the ĽUD KDH platform.

All the candidates should be known by the time a meeting of the KDH Council is held on May 28.

KDH gained a mere 4.94 percent in the March general election, and thus failed to make it into the parliament for the first time in its history. Ján Figeľ resigned from the post of party chairman following this result.