Father and son will play against each other

The Slovak national football team will play against Georgia on May 27, with Slovak player Vladimír Weiss Jr facing the squad led by his father. 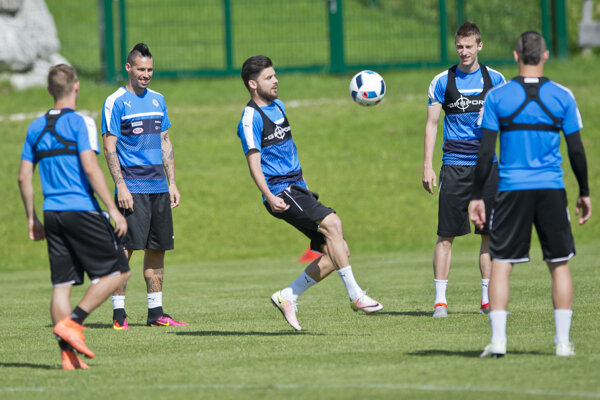 Though it happens sometimes at the regional level that family members face each other at matches, it is rare to see such a situation in international competitions. In the match between Slovakia and Georgia, the first within the final preparation phase before the EURO 2016 championship in France, Slovak representation player Weiss Jr will play against the team of his father, Vladimír Weiss Sr. He became the coach of Georgia only this March.

“I’m definitely looking forward to it, and I hope that also my father is,” Weiss Jr told the Sme daily, adding it will be a different experience from the times when his father led the Slovak national representation team. “It will be an interesting and peculiar match. But I will focus on it as on any other [match].”

Slovakia is a favourite in the match. It is currently 32nd in the FIFA ranking, while Georgia is 143rd. Moreover, the latter team will not play at the championship in France.

Weiss Sr knows the Slovak key players well as he led the national team six years ago during the world championships in Africa where they advanced to the quarter-finals.