Eight Slovak policemen will go to EURO 2016 for security reasons

Foreign Ministry promises to assist Slovak citizens during the European Championship in football (EURO 2016) in France, together with eight Slovak police officers. 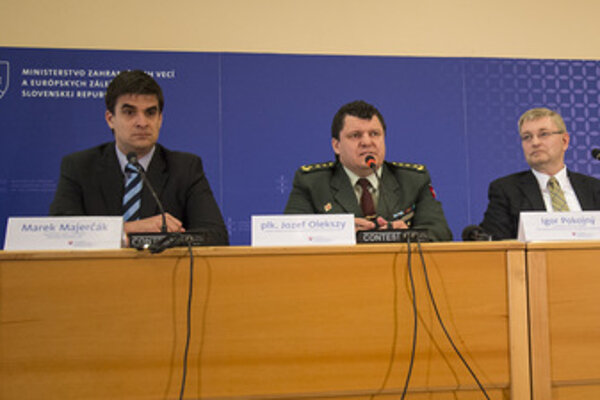 Two of these will be at the international centre near Paris and the remaining six will patrol together with French police in cities where the Slovak team will play its matches – Bordeaux, Lille and Saint-Etienne, head of the Department of riot police of the Police Corps Presidium Jozef Olekszy said, as quoted by the SITA newswire. The consular team in Paris will be also boosted. No potential increased terrorist threats are known so far, while it is advisable to follow French media and react accordingly. However, France has prolonged the state of emergency and renewed pre-Shengen border controls during the EURO 2016, thus everyone has to officially cross the borders and have a valid ID card.

About 10,000 football fans not just from Slovakia but also Slovaks living in the UK, Ireland and other countries plan to participate in the EURO 2016 championship, head of the Consular Department of the ministry, Igor Pokojný, said.

This measure, however, is just one of all those planned for this summer season, Pokojný said on May 30, according to the TASR newswire. He added that also the upcoming Summer Olympics in Rio de Janeiro 2016 and the World Youth Days in Krakow will be demanding. The ministry’s primary tools for travellers are mostly welcoming text messages and emergency text messages, while also available are voluntary registration before leaving and the mobile application Svetobežka, offering specific information and advice on how to solve emergency situations abroad.