Gambling operators will not have to verify players to protect children and people in material need. 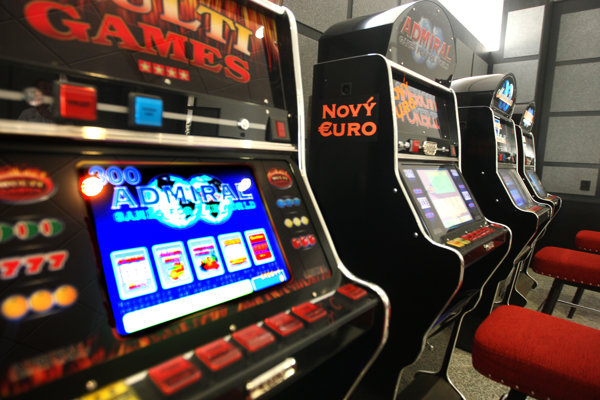 People who owe the state for taxes, social and health insurance, or recipients of material aid from the state, may continue to gamble without any restrictions. The parliament did not support the draft gambling act once again. Opposition MPs call it a failure to protect the people.

The proposed amendment would oblige operators to verify, via a database, customers' arrears on taxes, social and public health insurance, or if they are not beneficiaries of material aid. The opposition insists that the verification wouldn’t be complicated as it would be based on existing methods applied in other countries.

People in social need, who were to be prevented from gambling by the rejected draft amendment, are the most vulnerable in terms of pathological gambling and subsequent impacts on their mental health as well as their families, said Ľubomír Okruhlica, the director of the Centre for the Treatment of Drug Addiction (CPLDZ).

“Any barrier that impedes the possibility of gambling is an effective precautionary measure,” Okruhlica told The Slovak Spectator.

It is a pity that the coalition has elevated their interests over the interest of people and well-being in the country, says Veronika Remišová of opposition party Ordinary People and Independent Personalities-NOVA (OĽaNO-NOVA).

“Ironically, the Sieť party came to the last elections with fighting against gambling in its election topics,” Remišová told The Slovak Spectator.

Operators, however, perceive the amendment as a populist step rather than a real effort to help disadvantaged groups of people.

“It is absurd to ban people who might accidentally owe a few cents on insurance,” Dominika Lukáčová, spokesperson of the Slovak Association of Amusement and Games (AZAH), told The Slovak Spectator.

Former OĽaNO MPs Miroslav Kadúc and Peter Pollák submitted a similar amendment also in 2015, but failed. Back then, operators insisted that while the amendment lacked a central register of debtors on taxes, social and health insurance, and recipients of benefits in material need, it could not be applied without cooperation with the government.

“From a legal point of view, it is also impossible to check other players without amending other laws,” Lukáčová said.

Lukáčová noted that the government’s programme statement contains an objective to deal with gambling in Slovakia.

“We do not understand why the opposition again comes up with a proposal that did not pass once before, and even before the government’s proposal that the Finance Ministry has already been preparing,” Lukáčová said.

Gambling is a legal leisure activity in economically developed countries, Okruhlica said and added that most such countries protect the poor against the risk of pathological gambling and help addicted people with regulations.