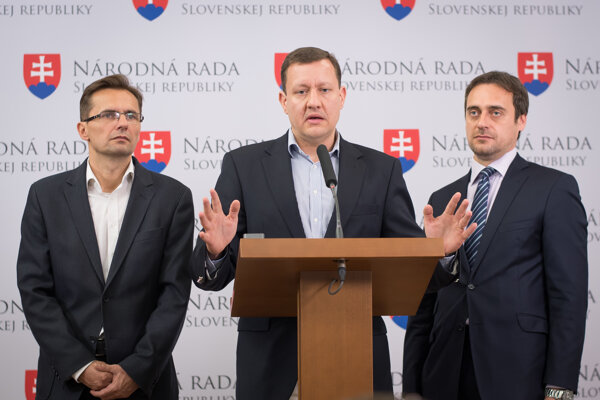 Interior Minister Robert Kaliňák is the first member of the new government to face a no-confidence vote.

The opposition has filed the motion to convene an extraordinary session of the parliament to hold a no-confidence vote in Kaliňák.

Last week opposition parties Freedom and Solidarity (SaS) and Ordinary People and Independent Personalities (OĽaNO-NOVA) gave Kaliňák until June 3 to step down on his own. When he ignored them, they filed the motion. Parliament’s Speaker Andrej Danko convened the session for June 7.

The opposition parties want to remove the minister from his post due to the Bašternák case, the Sme daily wrote.

“It is a case where a person close to [PM] Robert Fico, [former transport minister] Ján Počiatek and Robert Kaliňák took €8 million via excessive VAT refunds from people of this country during one year,” OĽaNO-NOVA chair Igor Matovič said, as quoted by the TASR newswire.

Another reason why Kaliňák should no longer serve as interior minister is that he has been interfering in the investigation.

“If the interior minister claims that the whole case has been fabricated, how do you think the reopened investigation will turn out?” asked Daniel Lipšic of OĽaNO-NOVA, as quoted by the TASR newswire.

Responding to the no-confidence motion, Kaliňák called the accusations fabricated, adding that it is nothing more than an effort to score political points. He stressed that he has never intervened in any investigation because such a course of action would be a violation of the Slovak constitution. He stated that the investigator is fully independent and that it is the prosecutor’s office that is overseeing the legality of the investigation, TASR wrote. 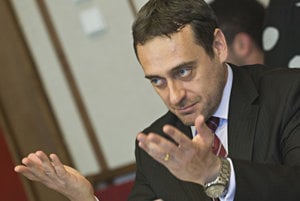 Fico should leave his apartment

The opposition parties meanwhile called on Fico to move out of a flat which he reportedly rents from Bašternák. They also want him to present to the public the rental contract with Bašternák, as well as documents proving that he has been duly paying rent for the apartment, TASR wrote.

“Under the law, the PM is entitled to use a furnished government flat,” the press department of the Government’s Office said, as quoted by TASR. “In 2012, he decided not to use this benefit and has rented a different flat for official purposes, instead. In 2012, the rental contract, monthly rental sum and incomes of the PM and his wife were submitted to media and these confirmed that the couple is, indeed, able to pay the rent.” 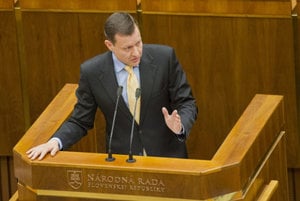