After discovering a heart condition, Jarmila Nemčeková endured numerous heart failures and surgeries while pregnant, which led to a heart transplant after the baby was born. 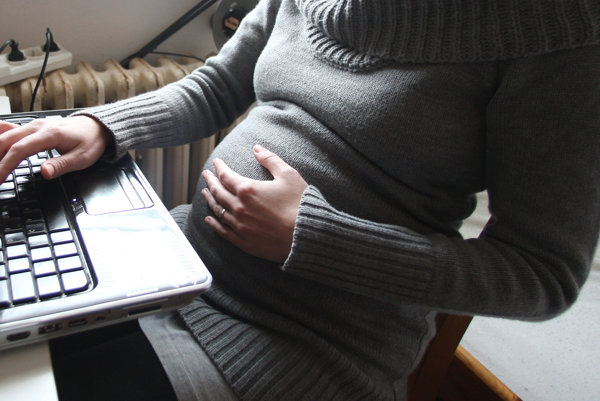 Jarmila found out she had a heart condition by accident. While on her way to visit her mother, staying at the hospital in Petržalka, she passed out in front of the hospital.  Already pregnant, she was later taken to Bratislava’s National Institute of Heart and Vascular Diseases (NÚSCH).

“We confirmed that the left valve of the patient’s heart is defective,” Eva Goncalvesová, head of the Department of Heart Transplantation in NÚSCH, told TASR.

Though the most important vital organ of Jarmila Nemčeková chronically failed even during pregnancy, she successfully gave birth to a healthy boy in December 2015, thanks to a number of surgeries done while pregnant.

Vasiľ Hricák, head of the Department of Emergency Cardiology in NÚSCH, said that in the 32st week of pregnancy they decided to deliver the child via Caesarean section.

“I had to fight for my unborn child and six year old daughter who really missed me,” said Nemčeková during a press conference on May 26, as quoted by the TASR newswire.

After delivery, she remained connected to a supporting unit until doctors found the right heart donor. In April 2016, 4 months after childbirth, Jarmila went home with a new heart; she thinks that the most difficult time was after the transplant.

The rescue of a child, a woman and her heart is the first occurrence of such a kind in Europe, according to experts at NÚSCH.

“She was perhaps the longest hospitalized patient in the history of NÚSCH,” said Hricák, as quoted by TASR.

Doctors at NÚSCH have transplanted about 260 hearts since 1998, 24 hearts in 2015 and 6 hearts in the first half of 2016. To compare, about 80 hearts are transplanted annually in the Czech Republic, 70 in Croatia and 50 in Hungary. Moreover, in late May, about 52 people are still waiting for transplants in Slovakia, the TASR newswire reported.