Trade unionists disagree with reduction of labour force at the steelmaker. 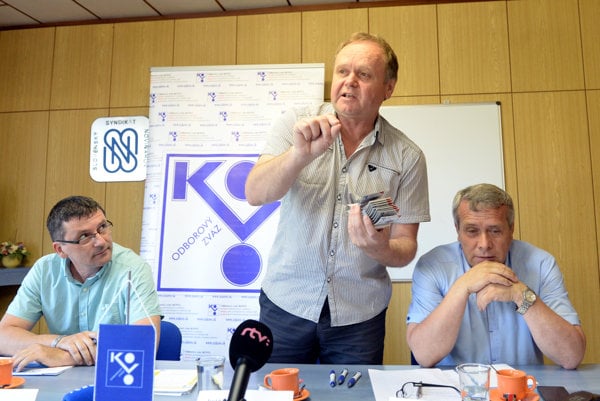 The steelmaker U.S. Steel Košice continues in reduction of its labour force when another 29 work positions were scrapped as of June 1. This happened for the third consecutive month. Local trade unions call this a salami method by which the company avoids mass layoffs that start at 30 work positions. They believe that the steelmaker is suffering due to the bad situation at the corporation’s American plants.

U.S. Steel Kosice dismissed 29 people each in all three monthly rounds. While the dismissals in the first two rounds concerned predominantly white-collar staff, there were no managers among those dismissed in the third round. Meanwhile, of the 29 people who were let go in the most recent round, 11 were past retirement age. Their jobs have been scrapped altogether, head of the local trade unions Mikuláš Hintoš informed on June 1.

At the same time the trade unions have appealed to the Labour Inspectorate to examine whether the Collective Agreement and Labour Code were observed in the lay-offs.

Hintoš expects that dismissals at USSK will continue, adding that USSK is suffering from the bad situation seen at U.S. Steel’s American plants.

“It’s widely known and it’s also been published on the web that the American corporation has a debt of around $1 billion ... The situation there appears to be pretty complicated,” said Hintoš, adding that the Košice plant is paying for this, as its entire profit for 2015 was transferred to the corporation for its dividend policy.

Earlier during the year USSK spokesperson Ján Bača informed that the company is by lay-offs responding to the complicated situation on the steel market suffering also from import of cheap Chinese steel.