Blog: Foreign actors hold a mirror up to politicians of Slovakia 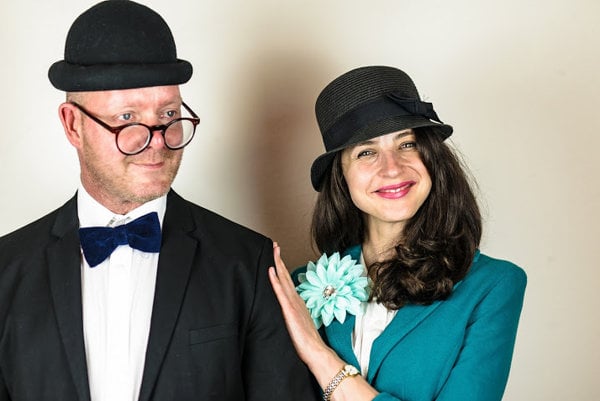 American and English actors with their Bridgin' Drama ensemble will hold a mirror up to the petty bourgeois and politicians of Slovakia. June 2 is the premiere day in Bratislava: the theatre is introducing their new play, titled Just another cup of tea, which is an adaptation of the Slovak classic play (“Čaj u pána senátora”) by Ivan Stodola.

For the play selection, the Bridgin' Drama theatre performing in English follows their own line of introducing Slovak classic pieces in a modern guise. "This production of ours is a humorous way to point out how the desire for power and money can start the whirl of machinations and dirty tricks with bitter consequences for common people," says Michaela Vrábová, theatre manager.

"Working with actors of different nationalities and experience provides the play with detachment and a new interpretation context. Besides the British and American actors, the ensemble includes one Greek and two Slovak actresses," says Vojtech Koleják, stage director of Just another cup of tea. The text adaptation and dramaturgy is brought by Zuzana Kolejáková. Translated into English by Martin Sokol.