Six years after the collapse of the castle wall of Holíč, the reconstructed bastion opened on May 27. 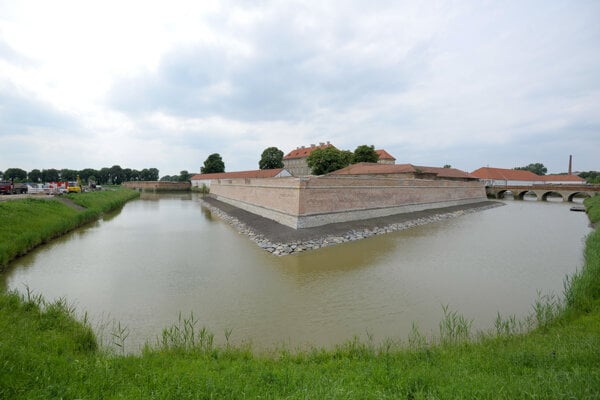 The bastion located next to the water moat has undergone reconstruction due to the crash in May 2010, when about a 50 metre long section of the four-hundred year old wall fell into the water.

The city declared a public collection shortly after the incident which brought about €22,000 for the reconstruction. Works consisted of four phases – the first two phases secured the walls of the fortification, the third phase consisted of archaeology-historical research and in the last phase the city worked on park arrangements, planted the tree alley and arranged the exhibition stand, the Sme daily reported. 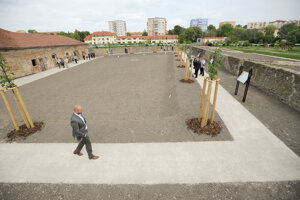 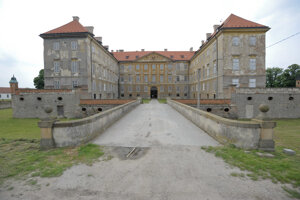 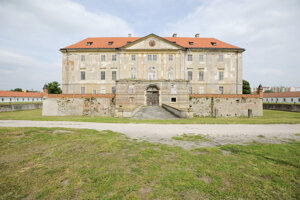 Reconstruction works on the national cultural monument were supported by the project We Protect Cultural Heritage for Future Generations (Chránime kultúrne dedičstvo pre budúce generácie) and co-financed from the EEA and Slovak state budget. The total grant amount used in the reconstruction was €640,039. The project interlocked with the recently restored water moat which amuses many visitors with a favourite attraction – boating around the Holíč castle.

Holíč plans to use the bastion for needs of the city museum and gallery with external expositions, symposia and other exhibitions. During this year’s tourist season, visitors may see the exposition Monarchs of Holíč (Holíčski panovníci) which maps the monarchs ruling in the Holíč castle from the 13th century, the Sme daily wrote.

The castle was built onto a three-wing manor house by the Habsburgs who owned it between 1736 and WWII. In 1970, as one of the top Baroque works in Slovakia, it became a national cultural monument.