Teachers may strike on the first day of EU Presidency. 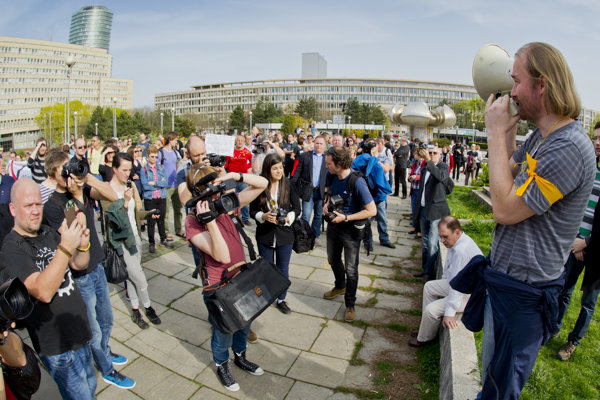 The Slovak Teachers Initiative (ISU) is demanding a €140 increase in yearly salary for all educators for this year and an additional €400 million funding to cover basic needs of the education sector.

ISU representative Vladimír Crmoman specified after talks ISU held in Košice on June 4 that if ISU representatives fail to agree on this with the Education, Science, Research and Sport Ministry soon, they will organise a protest rally in Bratislava on the 100th day of the current government’s term in office, which is Friday, July 1. This is also the first day of Slovakia’s Presidency of the EU Council, the TASR newswire reported.

That day teachers would march in the centre of Bratislava and strive to get as close as possible to the place where the main programme of the EU Presidency opening day will take place. Teachers want to draw attention to themselves by plenty of banners reminding of the European Commission’s recommendations that Slovakia should make the teaching profession more attractive.

“The government in its programme statement pledged itself to increase tariff salaries of teachers by 6 percent in 2018, 2019 and 2020,” Martina Slušná, spokesperson of the Education Ministry told TASR. “In addition, the Education Ministry initiated talks with the Finance Ministry in order to increase salaries of regional school and university educators by 6 percent as of January 2017.” 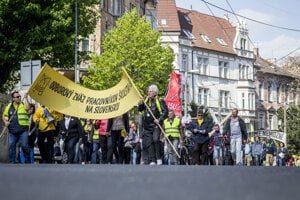 “If the salaries are increased as of January 2017, the impact on the state budget will be as much as €1.4 billion,” said Slušná. “In this case, teachers’ salaries would go up almost 40 percent in total by the end of this electoral term.”

Others want higher salaries too

Wages of teachers as only state employees should increase by 6 percent from September 2016. However, other low-paid state employees are protesting against long-term preference of teachers. The Confederation of Trade Unions (KOZ) thus has called publicly on members of the Slovak parliament to approve a six-percent hike in salaries of all state employees, not only teachers, otherwise trade unions ponder protests.

“The basic working tool of KOZ is social dialogue and collective bargaining; so far we have not used the strongest right of trade unions – a strike,” said Martina Nemethová, spokesperson of KOZ as cited by the SITA newswire.