Each summer dozens of Slovaks drown. 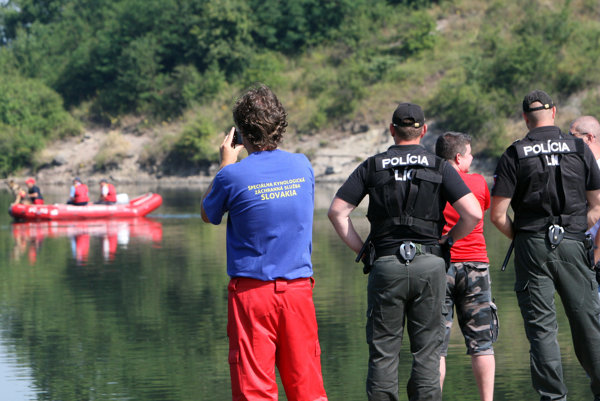 Hot weather that has been becoming a daily reality in Slovakia, lures Slovaks to water. But Milan Hučko, analyst of the Water Rescue Service of the Slovak Red Cross, warns that people should not forget that happy times in the water can quickly change into a tragic event.

Last year as many as 122 people drowned in Slovakia, the highest number of them, 51, drowned in rivers. Lakes and fish ponds claimed the lives of 21 people and dams 16. Remaining cases pertained to accidents when people drowned in wells, waste holes or uncovered holes, Hučko specified for the TASR newswire.

Consumption of alcohol is one of the most common causes of drowning. In 2015 alcohol was behind as many as 42 cases of drowning. This is an increase from 36 cases registered in 2014. Hučko recalls the risk that alcohol represents.

“When it is, for example 35 degrees Celsius, and a person sitting in shade drinks some beers or some glasses of spirits and then jumps in the water, this can have fatal consequences,” said Hučko as cited by TASR. “The organism simply does not make it and the person drowns due to the system failure [of the body].”

The most drownings last year occurred in the 50-60 year old age group  – as many as 31. The group of seniors, i.e. those older than 60 years, reported 18 cases of drowning. On the other hand, only one child up to 10 years of age drowned last year.

Hučko also pointed out the increase in the number of cases of drowning caused by organ failure, up from seven in 2014 to 14 in 2015.

“It is a shock that the body suffers when after sunbathing a person runs quickly or jumps into water that causes tragic consequences,” said Hučko.

Over the last decade, 120 people on average have drowned annually in Slovakia.

The Water Rescue Service of the Slovak Red Cross has been monitoring drowning in Slovakia since 1986. Since then the most tragic year was 1991 when as many as 189 people drowned in Slovakia.