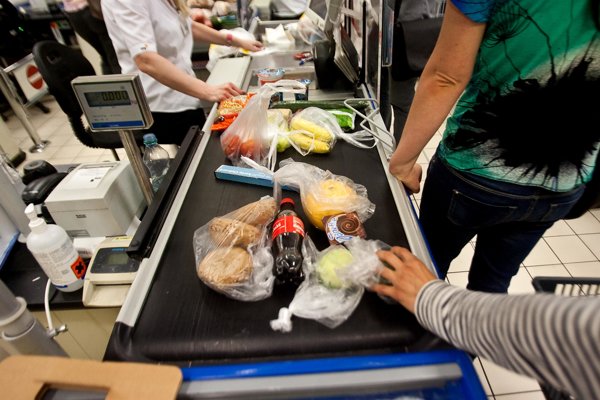 “I had enough of poor quality food in Slovakia. Could you advise me where to go for shopping to Austria?”, came one recent question in an online debate forum, but it is not a new issue.

Over the past few years many Bratislavans and others living in the near the border with Austria have gotten used to doing their grocery shopping in Austria. They claim that the food they get in the supermarket in Kittsee or Hainburg is much better than what they get in Slovakia – even if the products carry the same brand.

The Slovak government has recently acknowledged the complaint too when it joined the initiative of all the Visegrad Group (V4) countries to raise the issue in Brussels.

“We have followed him as we have the same experience,” she said.

What is at stake is dual quality of products which are imported under the same brand name. The list includes sweetened beverages, coffee, chocolate products, cosmetics and detergents.

Jarmila Halgašová, the director of the Food Chamber of Slovakia (PKS), said that Austrian food is generally not better than that in Slovakia.

“The quality requirements in Slovakia are more stringent than in other countries, however, restrictive legislation does not affect imported goods,” said Halgašová, as quoted by the Sme daily.

Dual quality is an issue that the EU needs to deal with since the mutual recognition clause applies within the common market, said Jana Gasperová of the Agriculture Ministry.

The Czech Ministry of Agriculture plans to open the discussion also on the Forum for a Better Functioning Food Supply Chain which will take place this September.

“Expert discussion should lead to legislative amendment that will make the practice of dual quality impossible,” said Czech Czech Ministry of Agriculture spokeswoman Markéta Ježková, as quoted by Sme.

While EU authorities have called on the V4 countries to prove their claim about dual quality with official laboratory tests, they so far based complaints on the unofficial analyses of consumer associations and inspection authorities, Gasperová noted.

Miroslav Tulák of the Association of Slovak Consumers (ZSS) sees a long-term problem recalling tests by Miloš Lauko of another association, the Association of Consumers in Slovak Republic (ASS), who first drew attention to varying quality of selected beverages, chocolate, coffee and spices in 2011.

Research of the University of Chemistry and Technology in Prague also revealed a different fat content in yoghurts or the caffeine in coffee, as reported by Sme.

However, Halgašová said that complaints are unjustified until they are not confirmed by the evidence of accredited laboratories.

“Producers may legitimately complain for damaging their reputation,” Halgašová told The Slovak Spectator.