War itself, no matter where in the world it takes place, touches all of us in certain way. 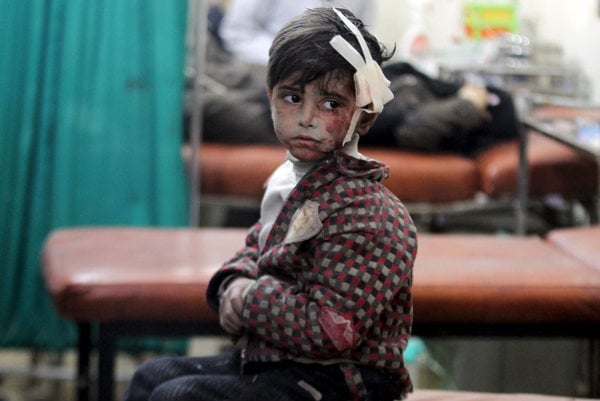 It wasn’t so long ago that there were hundreds of thousands of innocent children dying in Europe during the Second World War and most of my generation does still remember it from the stories told by their grandparents.

During the last five years, the conflict in Syria escalated massively and almost half a million people lost their lives there. There are still about 12.5 million people living in Syria in unimaginable conditions, in poverty and fear. These people have limited access to health care. Doctors and medical staff are targets of assaults on a daily basis. According to valid Geneve Convention, the facilities providing medical care or gather wounded and civilians must be excluded from military operations. In this brutal war in Syria it does not apply. Some of the doctors that stayed in the country provide medical care in secret hidings and cellars. In the surrounding countries like Lebanon, Jordan and Turkey additional 5 million people are staying. Their access to healthcare and medication is extremely limited.

Slovakia has a mature population where, despite the totally opposite statements by the Slovak politicians, many citizens found different ways how to help people in need in the current refugee crisis. There emerged an initiative A Plea For Humanity and other various initiatives. During our mission in Croatia, there were many volunteers helping us, so that we gradually sent more than 150 volunteers in the field. This is why I’m optimistic about it. I believe that if we get the chance to spread more information among people and bring the situation in Syria closer to them, they will want to help.

MAGNA units operate at the north of the city Homs, where the in the "attraction zone" live approximately 200,000 inhabitants. We operate mobile clinic that daily enters to people in hardly accessible places. The situation in Syria is serious and the mission must be long-term. This is why we decided to build up a long term mission focused on medical assistance in Syria and its surrounding states. Thousands of innocent children are dying, living in fear and often without parents. Children and their families in Syria need help not only today, but also tomorrow, in a month, in a year. The trauma, they experience, must be treated consistently in the long run. You can support us by sending a text message MAGNA on the number 806 and with this you will send us a regular monthly donation of 3 Euro. You can also set a standing order in your bank for any amount you chose and you can make it easily on our website www.magna.sk.