That is the question: are they really all the same?

COMPARED to other works of Mozart (two of which are currently on the repertory of Slovak National Theatre-SND), Cosi Fan Tutte may be perceived as lighter, given that it is a comedy of swapped partners and mistaken identities. 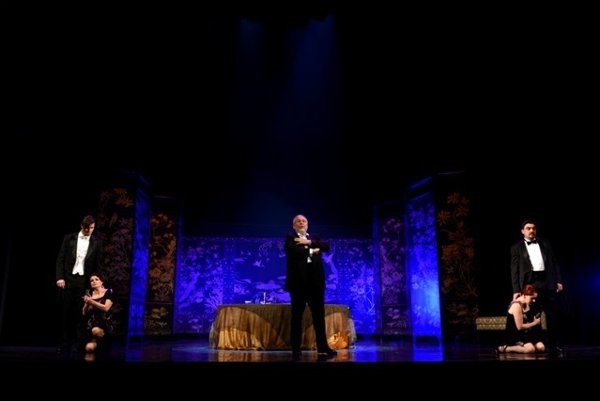 However, this opera has quite a lot of depth, said Marek Weiss, the Polish director of the incarnation premiered  at the SND. The plot of this “piece full of desperation” begins quite simply: within a bet – initiated and provoked by Don Alfonso – two men agree to test the chastity and faithfulness of their wives by trying to seduce the other’s spouse in disguise. But the first snag appears here, Weiss said, as the whole conversation takes place in a brothel; casting a strange light on the worries of husbands, and their morals in the first place.

The director mocks men who put on wigs, beards and other clothes to test their wives but they do not understand they are recognised nevertheless. And the initially funny swapping of partners (which women officially know nothing about) sinks ever deeper and deeper into tragedy when the women start falling in love with their suitors and it shows that they may be a better match this way. The men go “until the very end”, asking the swapped women to marry them; who finally agree, but then again, men insist that the couples should return to the original arrangement – which is not just hard but virtually impossible after all they have been through.

“And if there are any whores, then the men can be called so, and they are whores from the very beginning,” Weiss said. The directing was very difficult, not just because of the Slovak-Polish-Czech language barrier, but also because the storyline and the characters are complex and must be understood and interpreted. Weiss adapted a concept staged before in his home theatre, the State Baltic Opera in Gdansk, and in Warsaw.

The bitter taste of laughter and sin

“This is a bitter comedy,” dramatic advisor Martin Bendik said at a press conference, adding that the crucial question is at which point in the whole farce the wives realise that it is a game and what lies underneath. From this stems the crucial question – are they are unwitting victims, or active conspirators?

“For me, this is the most tragic opera, and also very amoral,” SND chief conductor Friedrich Haider said. “Especially the second act, which is – unlike the first one – constantly interrupted in its flow, there are more pauses than music, until a moment when everything stands still: it is a deeply shaking piece.” Haider, considered an expert and fan of Mozart, also said that it is the music which immediately touches audiences deeply, but also hides mysteries. He added that in Mozart’s music the tiniest musical mistake is heard as a disaster. 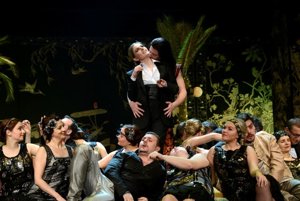 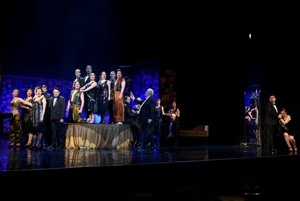 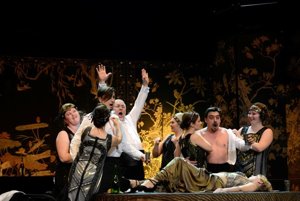 The two married couples represent different, yet strangely complementary types. This is maybe what is so dangerously attractive for all four involved, turning the careless, imprudent bet and saucy game into serious inner drama, which potentially changes the lives of all the “players” forever.

The opera returns to the SND for the fifth time, after a break of 18 years. It is staged again on June 16 and then in the following theatre season. The intimate theatre work evoking opulence and hedonism fits well into the historical SND building.

“Mozart was genius, he felt things undisclosed to others,” Weiss said. “And Cosi Fan Tutte explores the tension between human sexual instinct and the need, the hunger for love. We desire and wish the love to be truthful, honest and eternal – to be with a partner for the whole life. But this is oh so difficult! So we play various games, entertainments, conditions; and this is very dangerous.”