Poll: Two fifths of Slovaks think Britons will vote to stay in EU

A total of 41.4 percent of Slovaks think that Britons will vote against Brexit, a poll conducted by the Focus agency showed. 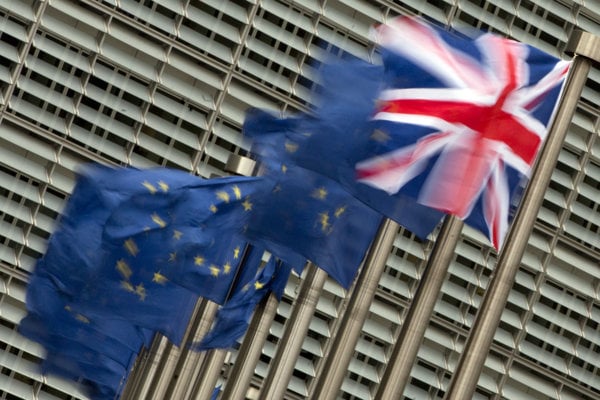 On the other hand, almost the same number (39.9 percent) of Slovaks opine that Britons will be mostly for their country leaving the European Union.

Others (18.6 percent) could not answer the question, the TASR newswire quoted the poll on June 8. The poll, conducted between June 3 and 9 sampling 1,003 respondents, revolved around the British national referendum on staying in the EU or leaving it, to take place on June 23.

As for political inclinations, mostly voters of ethnic-Hungarian SMK party believe in the UK staying as part of the European Union (50 percent), followed by Smer and Ordinary People and Independent Personalities (OĽaNO-NOVA) voters, of which 48 percent believe in the country remaining in the EU. On the other end of the chart, voters of extreme right Kotleba - Ľudová strana Naše Slovensko (ĽSNS) mostly believe in Brexit – 62 percent of them, while 55 percent of Slovak National Party (SNS) voters and 42 percent of OĽaNO-NOVA voters consider it probable.