MP Alojz Hlina who only recently joined the now non-parliamentary Christian-Democratic Movement (KDH) was elected its chairman on June 11. 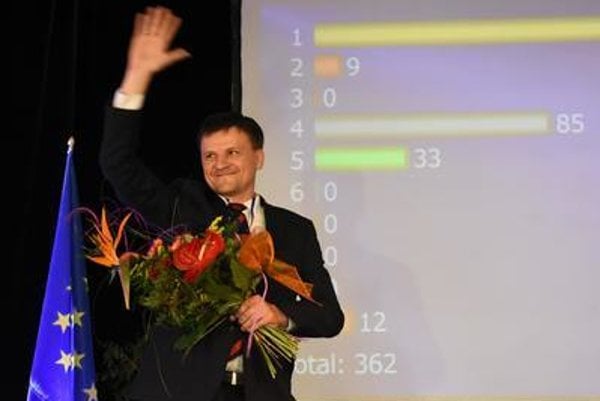 “Conservatives are returning; the Christian Democrats are back,” Hlina stated after being elected, as quoted by the Sme daily.

The KDH that dropped from parliament after the March general election will become a modern conservative people’s party, he said. The party congress elected Hlina for a two-year term in the first round when he was supported by 223 votes (of 392 total).

Hlina asked for KDH membership only this April; earlier, he had left the Ordinary People and Independent Personality (OĽaNO-NOVA) caucus to become an independent MP. The party he founded, Citizens, never really succeeded.

“The internal struggle has ended for me, but I’m looking forward to the external one,” Hlina said, as quoted by the TASR newswire. “There’s plenty of things to be done. We’re sending a signal that KDH is back in the game. The conservative space in Slovakia is vast and we’ll take over that place as we’re the conservatives.”

Three other parties elected their chairmen on the same day: delegates at the Hungarian Community Party (SMK) congress in Nové Zámky (in the Nitra region) chose József Menyhart as their new leader while three other prospective candidates withdrew (or did not file) their candidacy. Boris Kollár remains the chairman of the We Are Family-Boris Kollár party after the party congress in Piešťany (Trnava region); while 111 from a total of 113 delegates at the Freedom and Solidarity (SaS) party congress in Bratislava decided that Richard Sulík will lead the movement for at least four more years.