An effigy of a Muslim woman with a gun scared believers

A Muslim woman in a black burqa holding a dummy submachine gun scared believers coming to the St. Martin Cathedral in Bratislava. 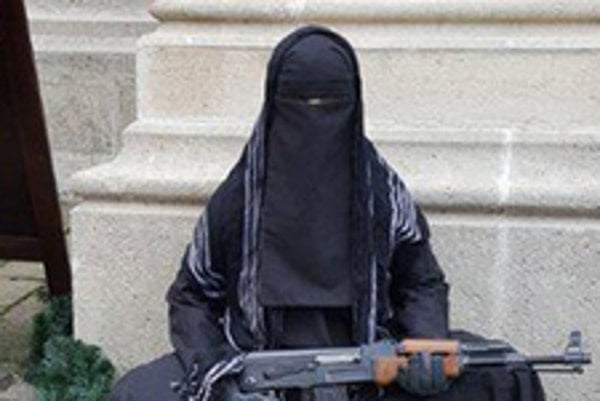 The woman was an effigy but it looked very authentic, the Pravda daily wrote on June 13.

Police registered a report on the figure on June 12 just before 9:15, and sent police patrols as well as a bomb disposal expert and a police officer with a dog trained to search for explosives who did not, however, confirm any presence of explosives or suspicious substances, Bratislava police spokeswoman Lucia Mihalíková informed the SITA newswire.

The morning mass (at 9:00) was interrupted, believers were asked to keep calm and leave the cathedral. As well, the Bratislava Archbishop Stanislav Zvolenský arrived and granted a dispensation to the believers from the attendance at the mass which could not continue. Later it was concluded in the Chapel of the seminary of St.s Cyril and Methodius in Bratislava where two following masses were also relocated, the TASR newswire wrote.

The investigator of the department of criminal police in Bratislava launched a prosecution due to the effigy clad in black with a fake gun for limiting the freedom of religion.