The industrial production went up 7.2 percent year-on-year in April 2016. 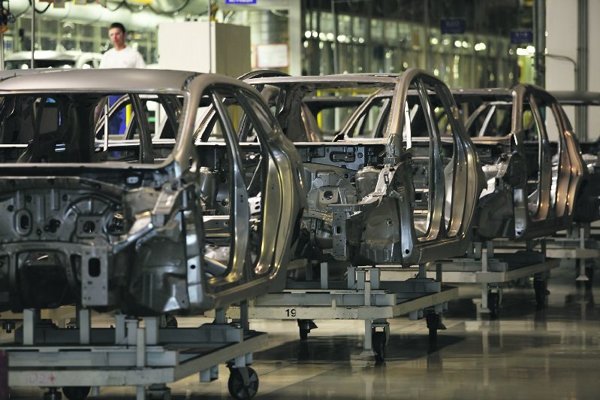 This development was influenced by a y-o-y rise in manufacturing of 8.5 percent and by drops in mining and quarrying of 9.1 percent and in electricity, gas, steam and air-conditioning supplies by 1.5 percent, the Slovak Statistics Office informed on June 10.

Conversely, the production related to power engineering dropped by 8.4 percent for the same period.

Seasonally adjusted industrial output went up by 3 percent month-on-month in April. In the first four months of 2016, meanwhile, industrial output increased by 3.5 percent y-o-y. This was due to the following y-o-y increases: in manufacturing – 4 percent; and in electricity, gas, steam and air conditioning supplies – 1.3 percent. Output in mining and quarrying fell by 8.7 percent.

Looking at the structure of growth, the growth of electro-technical industry drew attention (21.2 percent y-o-y) which returned to a two-digit growth after two weaker months, Tatra Banka analyst Boris Fojtík wrote. In the growth dynamics, the biggest powerhouse, the automotive industry, lagged behind only slightly – with a production higher in 18.8 percent y-o-y, it made up more than two thirds of the whole industrial production. Also, metallurgy and engineering marked a solid growth, around 9 percent. The biggest slump was marked in April by oil products’ producers, by more than 40 percent y-o-y. This sector has the potential to have mild growth in the second half of 2016, depending on foreign demand.

The indicator of economic sentiment in industry has been above average for several months, according to Fojtík.

Just like foreign trade, the industry also improved markedly against weaker March figures, macro-economic analyst of the UniCredit bank Ľubomír Koršňák commented. Although the automotive production stagnated, or even slightly decreased in April, it remained the main force in the Slovak economy in y-o-y comparison, being behind almost ¾ of y-o-y growth of the whole industry.

Apart from the electro-technical industry, the pharmaceutical branch also grew strongly, in 12 percent month-on-month, although still 5 percent less than in the same period of last year. But the chemical industry, except for the pharmacy sector, was declining in yearly terms. Apart from oil products, producers of rubber, plastics and constructions materials also recorded weaker results in the long term.

The outlook of Slovak industry could be further helped by a relatively stable recovery of European economies supported by cheap crude oil and loosened monetary policy, according to Koršňák. The sentiment remains prevailingly positive, although expectations of future growth are being slightly reduced.