A grammar school in the pipeline. 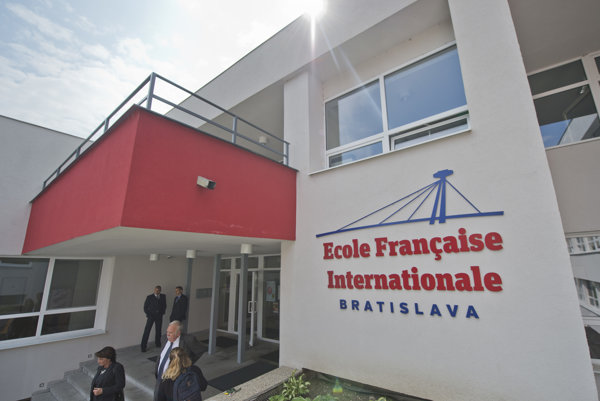 “Opening of the school at this new place in the Bratislava borough of Petržalka is a festive day,” said Ivan Saudreau, president of the French School Association in Bratislava, as cited by the TASR newswire. “Given that the school has continued to grow every year, we had to find a new place.”

The school used to be based in the Cádrova Street in the borough of Kramáre, but it moved to Maria Curie Sklodowska Street in Petržalka on September 3, 2014.

There are currently 210 pupils aged between 3-15 years old attending classes. Most of them are Slovaks or coming from mixed French-Slovak families.

“Our facility is composed of a pre-school and all years of the primary school, but we plan on opening a grammar school as of September 2017 as well,” added Saudreau.

The French International School in Bratislava is part of the network established by the French Education Abroad Agency (AEFE), which is the umbrella organisation for 494 schools and 336,000 pupils around the world.