Special prosecutor orders NAKA to look in Kaliňák and Počiatek. 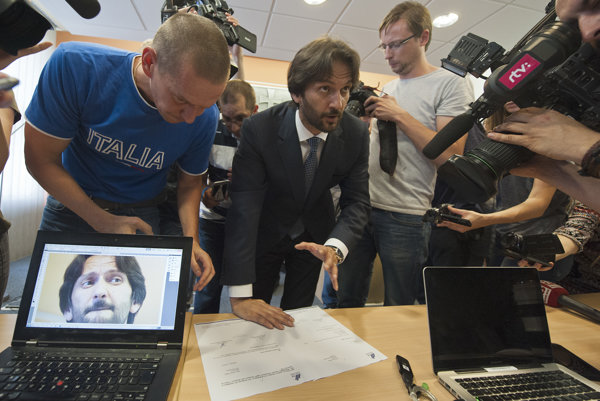 “After acquainting himself with and evaluating the content of media statements made by some MPs on June 11-12 related to a possible suspicion of property-related crimes and other crimes by the interior minister and a former finance minister, Special Prosecutor Dušan Kováčik today (June 13) released a written order for the NAKA director to carry out immediate necessary steps in line with the Penal Order,” said Jana Tökölyová., special prosecutor’s office spokesperson as cited by the TASR newswire. 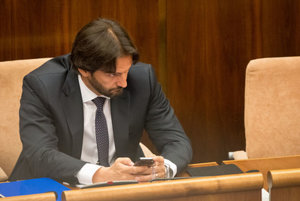 Meanwhile, Kaliňák via ministry spokesperson Andrea Dobiášová, announced that he is ready to “refute the lies disseminated by the opposition and certain media” concerning his illegal incomes.

“The interior minister has submitted documents that disprove allegations made by the opposition,” said Fico. “Kaliňák has informed the council that he will present these documents to the media and public today.”

The coalition was also disconcerted by the fact that Filip Rybanič, an assistant to Freedom and Solidarity (SaS) MP Jozef Rajtár and employee of Tatra Banka intentionally violated banking secrecy and provided the media and opposition with information that has been largely distorted and abused for the sake of a political confrontation with a high-ranking official.

Rybanič took a look at Kaliňák’s and Počiatek’s bank accounts allegedly revealing links to businessman Ladislav Bašternák. Rybanič wanted to find out if Bašternák’s firms were sending money to either of them. Rybanič was later arrested and charged with violating bank secrecy but he has not been detained.

Minister Kaliňák claims that all payments that came to his accounts from B.A. Haus originated from the company’s economic activities, with him being a shareholder.

Speaking at a press conference on June 13, Kaliňák said that he had an offer to buy the stake in B.A Haus in 2013 from outgoing shareholder Ladislav Bašternák, and took a €500,000-loan in Tatra Banka for the purpose. He allegedly eventually spent something more than €430,000 for the stake.

“The company owns two flats where I’m living, and it seemed to me a good opportunity to gain control of flats in the neighbourhood,” said Kaliňák. He added that as the company did not have any business with the state, it appeared to him as a legitimate deal. The minister reiterated that he has never received any money from Bašternák or his companies.

According to Kaliňák, B.A. Haus, is a company active on the real estate market, “has its turnover, it’s doing well in settling its liabilities and there’s an assumption that it could get into black figures in the future”. It has three stakeholders, one of them being former finance and transport minister Počiatek.

The extraparliamentary Christian Democratic Movement (KDH) calls on PM Fico to dismiss Minister Kaliňák from his post before Slovakia's Presidency of the Council of the EU begins next month.

“The extent of the current information relating to facts in the Bašternák tax fraud case is sufficient to allocate some political responsibility," reads KDH’s statement, which was provided by Stano Župa from the party’s communications department.

KDH emphasised that Kaliňák should not have become the interior minister in Fico’s third government [he also did so in the first two - ed. note].

“The current situation fully attests to that,” said KDH, adding that Slovakia should be represented by a new interior minister during the presidency.

“I appeal to the Slovak National Party, Most-Híd and Sieť to change the character of this government and to say stop to corruption and clientelism,” wrote Simon on his Facebook page. “They should ask for action to be taken against Kaliňák immediately.”

According to another independent MP Miroslav Beblavý, Kaliňák should have been dismissed before the latest facts saw the light of day. Beblavý said that not only is Kaliňák’s departure important, but the question of who will replace him is key as well.

“It should be someone that is trusted in general and with whom there’s a chance of believing that he’ll investigate scandals independently,” he said.

The opposition claims that Kaliňák covered up for tax fraud committed by Bašternák and that Bašternák’s firm paid Kaliňák hundreds of thousands of euros. The company was allegedly co-owned by former finance and transport minister Počiatek. Kaliňák has rejected all allegations.