Smer won’t give up its Kaliňák

Not in entering the government, but in the scandal of Robert Kaliňák Most-Híd and Sieť have lost their character. 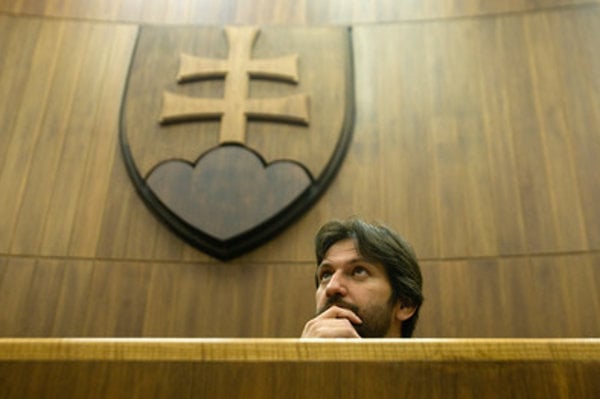 Robert Kaliňák is more than just the interior minister. He is an important sequence in the ruling party’s genetic code. The party that issues rewards and punishments based on partisan loyalty.

And the “cash” that they drive in its direction. The party elevates its people above the law, and expels integrity from politics as an unnecessary weakness.

In a decent country a minister who bought a share in the company of a man suspected of excessive VAT returns, would offer his resignation. And a decent government would accept that resignation. If a person with Kaliňák’s history could ever make it to the ministerial chair for the third time.

Smer will never give up its Kaliňák who like the mythical three-headed dog Cerberus guards the entrance to the party’s underworld. At least not voluntarily. But what reason do the coalition partners of Smer have to continue lending him their trust?

The Bašternák case was the first important test of the character of Most-Híd and Sieť. As well as of the authenticity of their reasons for entering a government with Smer.

They backed Kaliňák and thus became by-standers in the defence of non-transparent rule. Not in entering the government, but in the scandal of Robert Kaliňák they have lost their character.