Slovakia asks too much for car registration

The European Commission criticises the rules applied by Slovakia, but has not specified its objections. 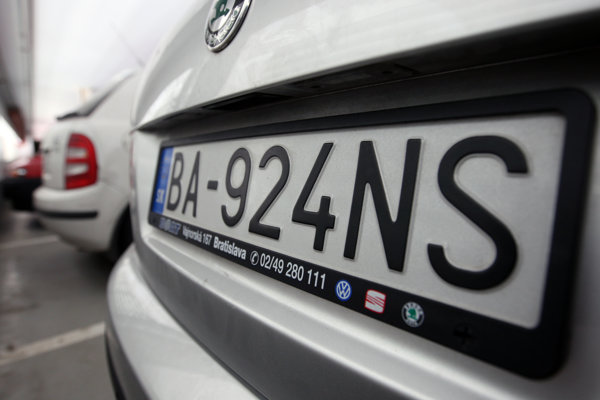 The fee for the initial registration of a car with police, introduced by the second government of Robert Fico (2012-2016) may be at odds with the European legislation. The EC has voiced its concerns and also sent a formal notice last May, the Sme daily reported.

According to the rules introduced four years ago by then (and current) Finance Minister Peter Kažimír, owners of both new cars or used cars brought from abroad have to pay a fee depending on the size of the engine. While before the new rules the fee was €33 for all cars, under the new rules the owners of cars with bigger engines may pay from €167 to €3,000.

“The European Commission is currently talking about the matter with respective Slovak authorities,” Ingrid Ludviková from the EC Representation Office in Slovakia told Sme.

The EC, however, failed to specify which provisions exactly are at odds with the European laws. The EC Representation Office in Slovakia explained that the case is currently in its initial phase so no details can be published. When it advances to the next stage, things will become clearer, Ludviková added.

“The aim of the discussions is to set the system of registration fee in a way that it will reflect the residual value of a vehicle during registration process based on objective criteria,” the Finance Ministry told Sme, without specifying any details.

One of the ways to solve the problem may be the reduction of fees for used cars brought from abroad. The ministry, however, did not want to speculate about other measures, saying it will consider following steps after the discussion with the EC is over.

Viliam Karas, partner at Maple&Fish law firm, opines that the EC may have another reason to object to the fee. Slovakia may prevent the free movement of goods and the EU may try to eliminate the fees for sending goods to another country, he told Sme.