Volunteers helped in the floodplain forests

Collecting rubbish, painting fences or repairing castles is a way to improve the life across Slovakia. 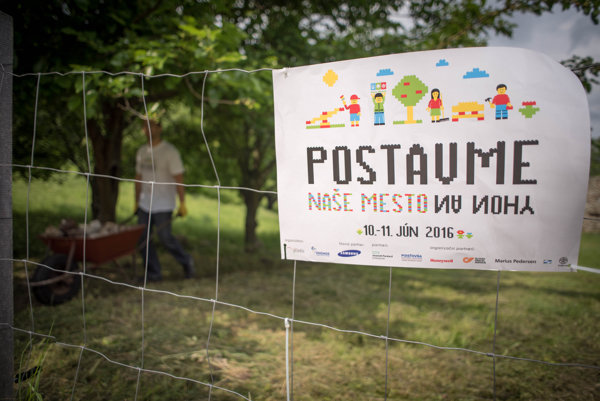 “The floodplain forests belong to the most endangered ecosystems not only in Slovakia, but also in the world,” said Barbora Vitázková as a group of volunteers gathered in front of her in the Biskupské Luhy protected landscape area on the outskirts of Bratislava on June 10.

Cleaning up rubbish in the Biskupské Luhy area and working on a shelter for animals that graze the local meadows were among the activities volunteers might have chosen within the Naše Mesto (Our City) event, the biggest volunteering happening in central Europe, organised by the Pontis Foundation and a group of firms called Engage.

This year it was attended by nearly 9,500 volunteers, which is the most in its 10-year history.

“The main motif [for us to join] was to introduce our work to people, teach them about the floodplain forests and the importance of grazing, and have them try this kind of work,” Vitázková told The Slovak Spectator. “Instead of sitting in the office, they were able to go out and see how much work it takes to prepare the place for animals or collect rubbish in the woods.”

Vitázková is a member of the Regional Association for Nature Conservation and Sustainable Development (BROZ), whose main aim is to revitalise the rivers, restore the water system of river branches and adjacent wetlands.

BROZ has been attending the Naše Mesto event for several years, offering people the possibility to learn more about their work. The volunteers usually collect rubbish in the areas, but also learn more about why it is important to protect these kinds of landscape, Vitázková explained. 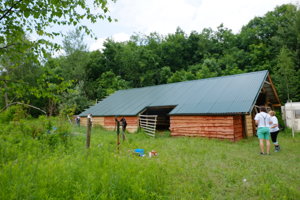 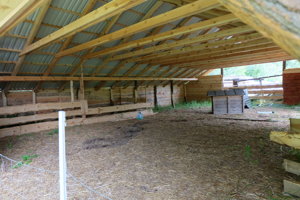 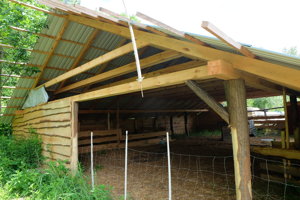 This year, they added an activity to prepare the area for goats and sheep that will graze the meadows in order to support the occurrence of rare plants, like orchids, and the restoration of meadow biotopes, she added.

The volunteers addressed by The Slovak Spectator enjoyed the activities. Tina Slováková of IBM, who participated in Our City for the first time, praised the fact she could visit the part of Bratislava she has never been before and learned about the activities to preserve the area.

Her colleague Stanislava Fajtová, who also attended the event for the first time, agrees, highlighting the fact they helped prepare a new shelter for animals that will graze the nearby meadows.

“As we use the colour, we can see how we proceed,” Slováková said.

The volunteers participated in some 516 activities in 28 towns and cities across Slovakia on June 10 and 11.

“Thousands of employees of various companies devote their time, manual skills and knowledge every year to contribute to the change in society,” programme director of Pontis Foundation Monika Smolová said, as quoted at the foundation’s website, adding that volunteering activities are often considered as a kind of teambuilding. “The firms perceive volunteering not only as a tool to develop the personal and professional skills of employees, but also as an opportunity to improve their approach to work and relation to the employer.”

The most volunteers (nearly 5,000) signed up for activities in Bratislava, helping the homeless people in Depaul reception centre or clients of the old people’s homes, repairing children’s playgrounds, tidying up public parks and gardens, entertaining children or cleaning up rubbish on the Little Danube embankment.

The volunteers also helped repair the amphitheatre in Sereď (Trnava Region), removed graffiti from a school building and decorated the facility for cancer patients in Košice, accompanied handicapped children and youth during canistherapy in Žilina or cleaned the banks of the Váh River in Šaľa (Nitra Region). They also helped repair altogether nine castles and castle ruins.

The volunteers addressed by The Slovak Spectator agree there is a big interest in their firm to attend such events.

“This year even the number of places [for volunteers] was increased and they were fully booked within a few hours,” Slováková said.