Cliff of Strečno Castle gets money for reinforcement

The Environment Ministry’s budget gained approval for €1.1 million towards shoring up the currently precarious stone cliff on which Strečno Castle stands. 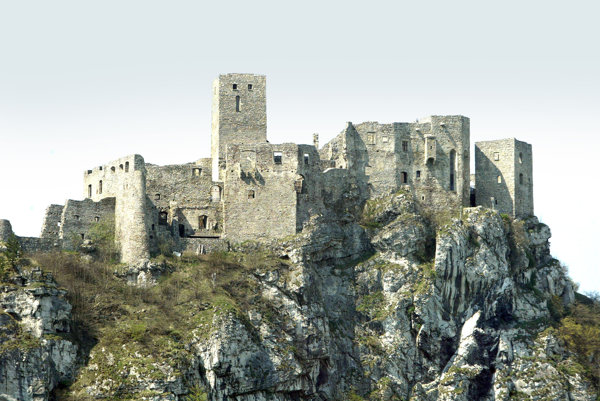 The Slovak cabinet approved this amount at its session on June 15.

First estimates of the cost of emergency countermeasures and reconstruction work hovered at around €900,000, but geological research has revealed that a further €200,000 will be needed. The state of the cliff is threatening the castle itself and drivers who pass under it, as well as the lives and property of people living nearby.

Research has shown that there are cracks and fractures in the cliff due to which rocky fragments are often eroded away. It has been decided that the reinforcement work will require total closure of the road to traffic, which is why it was proposed that the work should be carried out at weekends. It will be done in two stages. The second stage will require the blockage of only one lane.

The first stage will last for 11 weekends, while the second has been reduced to approximately 16 weekends, the TASR newswire wrote.

Experts have also proposed building an 180-metre protective corridor made of reinforced concrete to increase the safety of the section. This would cost €6.7 million, but the government is not ready to allocate this amount due to a lack of financial resources.

The traffic will be limited to just one lane for four months – which is slightly shorter than originally thought, the SITA newswire wrote. All works should be ended by the end of next May.