The parliamentary defence and security committee did not deal with Ladislav Bašternák’s alleged links to the police on June 15, as MPs of the ruling coalition who form a majority in the committee did not support its agenda. 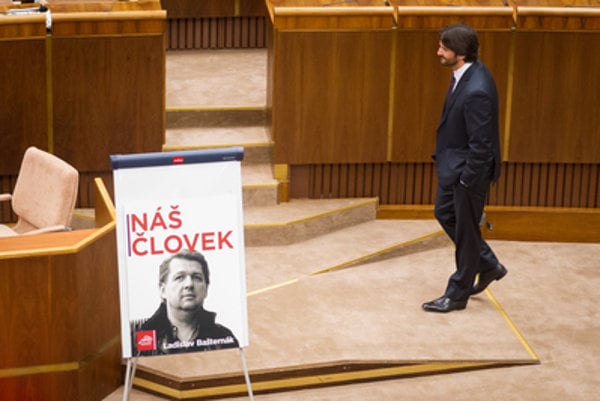 The opposition, which initiated the committee session via a petition, claims that the committee was not duly convened and therefore the session could not be said to have taken place. Opposition parties wanted to look into the crime of abuse of a public official’s powers in connection with a traffic offence committed by entrepreneur Bašternák.

Committee chairman Anton Hrnko (Slovak National Party-SNS) thinks that this is not an issue for MPs, however. “A lot of similar events happen when a person caught committing a road traffic offence tries to make use of their links,” he said, as quoted by the TASR newswire. “The committee has much more important things to do than deal with these affairs, and I don’t see any need for us to meet over each incident of misconduct like this.”

According to a police record available to Opposition MP Daniel Lipšic (Ordinary People-Independent Personalities; OĽaNO-NOVA), a police patrol stopped Bašternák on June 29, 2012 after he had veered across a solid line in the middle of the road while driving. He did not have a seat belt on and refused to turn off his engine when the police officers asked him to do so. A police officer wanted to levy a fine of €150. According to the record, Bašternák made a phone call and asked for the name of the police officer and the name of the station at which he was based. Subsequently, the officer received a phone call from his superior, ordering him to leave Bašternák alone. Nonetheless, the police officers did not relent and even wanted to seize Bašternák’s driving licence. The entrepreneur eventually paid a fine of €150. 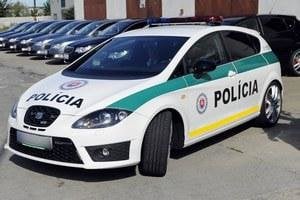 The opposition views Bašternák’s behaviour as arrogant and claims that the Interior Minister’s inspection probably swept the potential pressurisation of these police officers under the carpet.

Ľubomír Galko (Freedom and Solidarity-SaS) and Richard Vašečka (OĽaNO-NOVA) called on the Interior Minister Robert Kaliňák to strip the police patrol that stopped Bašternák of their obligation of confidentiality. However, they assume that he will not do so. Meanwhile, they called on Kaliňák to step down from his post, thereby enabling a proper investigation into the Bašternák tax case related to shady VAT refunds amounting to millions of euros. “Bašternák should have been sitting behind bars a long time ago,” said Galko.

During an opposition attempt to oust him in parliament, Kaliňák said that he has a different document from the one held by Lipšic. His document does not contain a section concerning pressure put on the police officers. It was signed by the two police officers concerned and is a part of the file. Kaliňák accused Lipšic of working with fake documents.