President Kiska indicated in his annual speech that Kaliňák should leave. 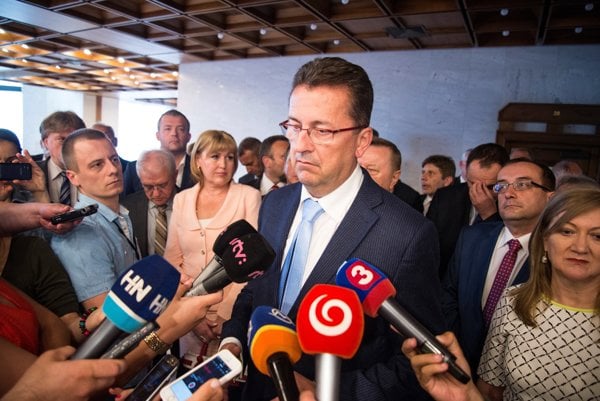 All 49 Smer MPs fully stand behind their colleague Interior Minister Robert Kaliňák, Smer caucus chairman Martin Glváč told journalists after the caucus session on June 16. Prime Minister Robert Fico and Minister Kaliňák were also present at the session, but chose not to speak with representatives of the media.

“After we heard him out and familiarised ourselves with the evidence he submitted, we consider this case at the moment to be just a media ploy and the product of politicking,” said Glváč as cited by the TASR newswire.

When asked why Smer officials resigned in late 2014 when faced with suspicions in the CT scan case in the past and why there is a different approach now, Glváč replied that the resignations were premature.

“Back then, it was the personal decision of [former parliamentary chairman] Pavol Paška [to resign] and I would have been the first one to talk him out of it if facts that are known now had been known then,” he said. 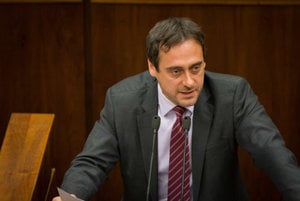 Read also: Witness from the Kaliňák case about interrogation: I was terrified Read more

Glváč also insists that Kaliňák has never intervened into the investigation.

“That he has also proven to us. He hasn’t seen Mr. Bašternák in maybe four years,” said Glváč. “He showed us bank accounts and I and my colleagues consider this to be adequate for now.”

Glváč admitted that he personally knows Ladislav Bašternák as well.

“I met him many times at Donovaly [ski centre],” he said.

The coalition intends to draft a number of measures to prevent such political manoeuvring regarding suspicions in the future.

“There might be suspicions, but processes cannot work in the way that media and opposition serve as investigators, prosecutors and judges at the same time,” said Glváč. “We need to trust law enforcement bodies.”

Slovak President Andrej Kiska in his annual state of the republic speech delivered in parliament on June 16 called on the government to solve the Bašternák case. He said that resignation is no solution to the case but it is an ordinary gesture of decency which should calm down the public and enable the work of respective institutions. 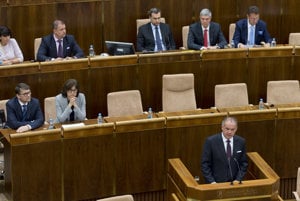 “Instead of this our citizens are confronted with a screwed reality show,” said Kiska.