Visitors may see the relic of the Spanish patron in the sacristy of the castle chapel of Saint Michael exclusively during the summer season of 2016. 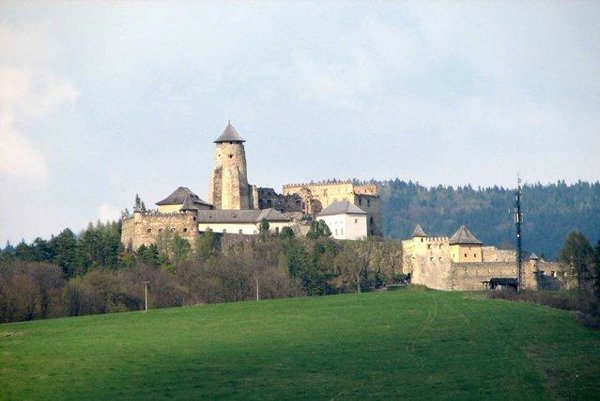 Saint Raymond, born as Raymond Nonnatus (means Raymond Not-born) in Portello near Barcelona in the early 13th century, is considered to be the patron of pregnant women, midwives, nannies, patron of post-partum distress and the wrongfully accused. His mother died during the childbirth and his birth was a miracle, said Dalibor Mikulík, director of the museum in Stará Ľubovňa.

“When women bathed her body, they noticed that the baby in her moved,” said Mikulík, as quoted by SITA newswire. “Her brother resolved the situation when he slit her belly with a sword and brought the boy into the world.”

Young Raymond became a member of the Order of Merced in the times when the Moors dominated the majority of Spain. Mercedarian friars focused on redeeming slaves from Muslim captivity, said Mikulík.

He added that Raymond got himself into slavery when he had no money to rescue other slave.

“He continual preaching of the Gospel in captivity is what ignited the Moors to pierce his lips by a burning nail and hang a pulley on his mouth,” Mikulík told SITA, adding that his confreres helped him to escape after eight months.

Later, Pope Gregory IX. appointed Raymond a cardinal and summoned him to Rome to become a counsel. Raymond, however, died in Cardone during his way to Rome on 1240. His body still lies in the local church of Saint Nicholas.

The relic, consisting of a small portion of the saint’s bone and paper with his name, appeared in Slovakia thanks to the Spanish princess Isabelle de Bourbon whose husband was the last private owner of the castle.

“Royal couples used to visit the manor house under the castle,” said Peter Žarnovský, historian of the castle of Stará Ľubovňa, as cited by the TASR newswire.

The museum of Stará Ľubovňa exhibits the relic in a vitreous ornamented medallion and box decorated with the Spanish Royal Crown and lilies of the Bourbon family.