The nationwide shepherds’ feast – Ovenálie, with presentations of cheese and farm products, took place for the eighth time in the village Východná, in northern Slovakia, in mid-June. 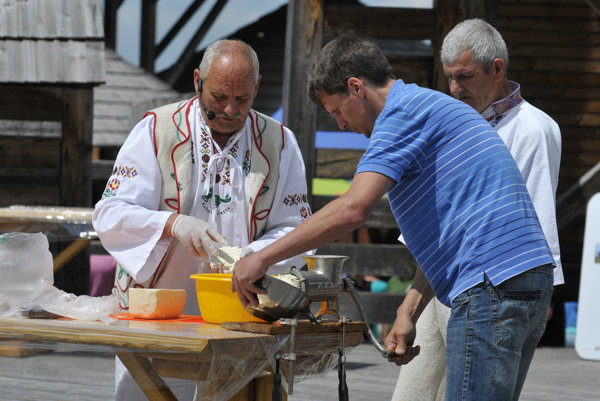 Farmers and lovers of sheep and traditional specialities of lamb and mutton experienced the atmosphere of the feast of Slovak shepherds and enjoyed folklore ensembles from the Liptov region and its surrounding.

Eduard Janíček, vice-president of the Association of Sheep and Goat Breeders, said before the event that visitors could see not only presentations of cheese and bryndza (traditional sheep cheese), but also shearing of sheep and subsequent processing of wool.

“Farmers compete in the production of sheep and goat cheese, cheesecakes and cooking a mutton stew,” Janíček said, as quoted by the TASR newswire. 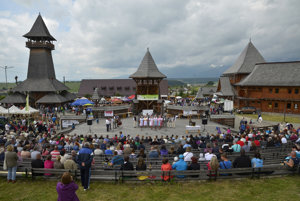 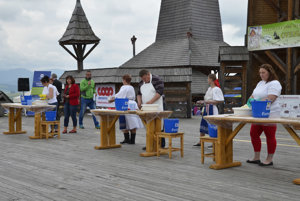 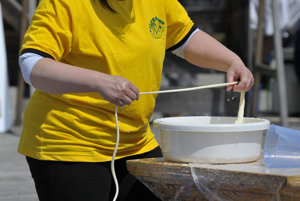 The event included the Slovak Championship in Cheese Thread Pulling with 8 participating contestants. While this year’s winner of the competition won with a 125 metre long thread, the record of 158 metres from 2012 remains unbeaten.

Agriculture Minister Gabriela Matečná, who also visited the festival, supports the breeding of sheep and goats due to its production and formation of the countryside.

“Few people perceive that the goat is the best biological mower which devours also wild roses and blackthorn bushes,” said Matečná, as quoted by TASR.

The Ovenálie festival took place under the auspices of the Agriculture Ministry, the State Veterinary and Food Institute and the Žilina Self-governing Region. Východná is best known as the organiser of the Folklore festival Východná, the oldest folklore festival with international participation in Slovakia.