Businessman Kohút is the new head of Slovak Ice-Hockey Association 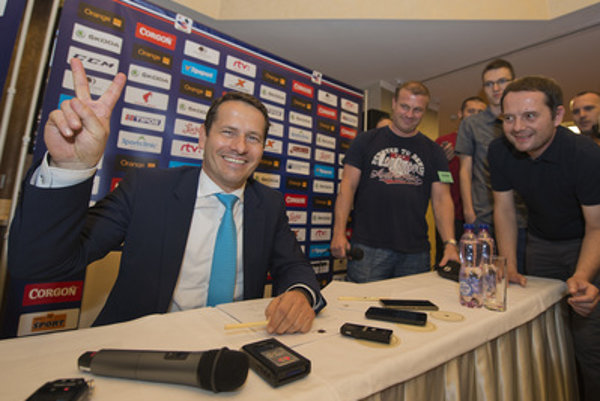 The Slovak Ice-Hockey Association (SZĽH) will be led by businessman Martin Kohút. In a vote at an extraordinary congress on June 16 he beat his rival, Tibor Turan, to replace the incumbent chairman, Igor Nemeček.

The new head promises reform and deep changes, as quoted by the Sme daily. However, supporters of Turan will have the upper hand and will be more numerous in the now eleven-member Executive Committee.

The favourite of rebelling players, Richard Lintner, was not up for election and no other people from his group were elected.

Kohút has been involved with Slovak ice hockey since 2007 when he began sponsoring the senior national team. He was at the helm of an IT company for 15 years, later becoming its vice-president for Europe, the TASR newswire wrote. Kohút entered SZĽH structures last year after being selected by then freshly re-elected association president Nemeček to serve on the seven-member Executive Committee and tasked mainly with marketing and economic issues. For example, he is now credited with improving SZĽH’s financial situation and its economic stabilisation.

Ahead of the vote on June 16, Kohút received the backing of several former top players, including Richard Lintner, Ľubomír Višňský and Miroslav Šatan, the last of whom is now expected to become the national team general manager.

Kohút was running against former long-term official from HK Poprad club and his colleague from the SZLH Executive Committee, Tibor Turan, who was supported by another former star Žigmund Pállfy and veteran player Jozef Stümpel.

Immediately after the vote results were announced, Turan ruled out cooperation with Kohút. “In no case will I cooperate with Mr. Kohút, I have personal reasons for this," said Turan, describing Kohút as a populist and pointing out that he does not come from an ice hockey environment, meaning that he does not understand the sport properly.