Procházka dismissed two members from party leadership but stories conflict as to why. 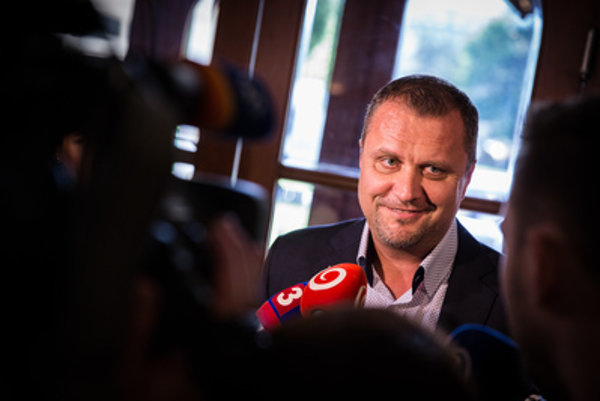 Founder and chairman of the coalition Sieť party Radoslav Procházka dismissed vice-chair Andrej Hrnčiar. Procházka recalled MP Martin Fedor from his post in party leadership member as well, both on June 17, the Sme daily wrote.The chairman took action after Hrnčiar announced earlier in the day he had arrived at an agreement with Smer chairman Robert Fico on cooperation between Smer, Most-Híd and some Sieť MPs, without any official permission from the Sieť party leader.

“Such an approach is a display of gross disrespect of the statutes of Sieť, its congress and leaders as well as membership base,” Procházka said, as quoted by the TASR newswire. “Due the fact that such an approach directly threatens the functioning of Sieť, and based on statutes I used my powers to dismiss Andrej Hrnčiar from the position of first vice-chair and co-organiser Martin Fedor from party presidium.”

The Sieť leader added that he will not propose any further penalties against the two lawmakers. “My mandate as chairman will expire on September 1, 2016, and whether or not I’ll vie for its renewal remains to be seen. I’ll welcome any other candidate and approach that is in compliance with party statutes,“ he claimed.

Hrnčiar, in an interview for Sme, offered his version: “Last week, Radoslav Procházka at the session of our party leadership offered that I should give up the post of deputy speaker of parliament, in exchange for some lucrative position at the Transport Ministry. I refused, and on June 17, at the session of our caucus, we talked about this situation – including activities since the election – and five of us expressed no confidence in our chairman, as we believe that Sieť has no future under him.” Hrnčiar added that Procházka, according to him, has no self-reflection, does not communicate with MPs and he even lies. They communicated openly and told him they would inform the coalition partners [Smer, SNS and Most-Híd parties] that their chairman does not have the trust of five MPs.

Hrnčiar claims not to plan to found a new party, according to Sme.